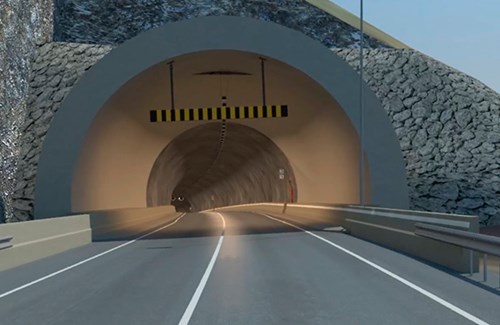 The completed tunnel will be 10.785 meters long.

Work on the undersea tunnel started earlier this year, and the tunnel is expected to open to drivers in 2023.

The Sandoy subsea-tunnel will be the fourth of its kind in the Faroe Islands after Vágatunnilin (2002), Norðoyatunnilin (2006) and Eysturoyartunnilin, which will open to the public in December 2020.

It is estimated that 300-400 cars will drive through the Sandoy subsea-tunnel per day.