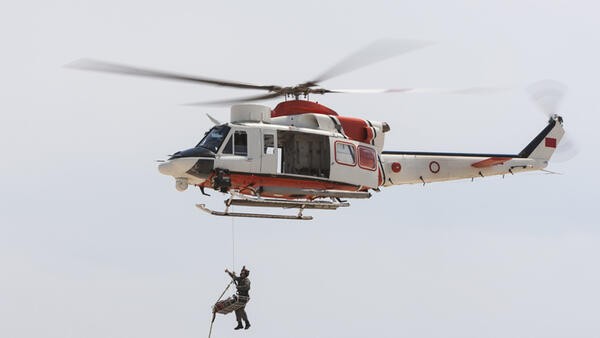 A Russian sailor has passed away at sea, some 250 nautical miles (463 kilometers) off the Faroe Islands after having fallen ill, presumably with Covid-19. According to the Maritime Rescue Coordination Center in Tórshavn, a medical emergency call was received on behalf of a Russian vessel in the early evening on December 18th, upon which the Stornoway Coastguard in Scotland agreed to deploy a rescue helicopter. Sadly, however, the patient died before the search and rescue team arrived at the scene.

MRCC Tórshavn reported: “At 1850 UTC the MRCC received message from the agent of a Russian vessel that a sailor on board the vessel had fallen ill, presumably with Covid-19. The vessel was located 250 miles off the Faroe Islands and therefore closer to the Hebrides than the Faroes. The distance was too great for the Faroese helicopter. Therefore contact was made with the Stornoway Coastguard to query if they could bring the patient ashore, to which they responded in the affirmative. However the patient’s condition deteriorated and before the helicopter from Stornoway could arrive at the location, the patient passed away. The vessel is now proceeding toward Norway.”