Royal slap in the face: The Prince walks during Faroese national anthem, while the Princess snubs PM’s handshake 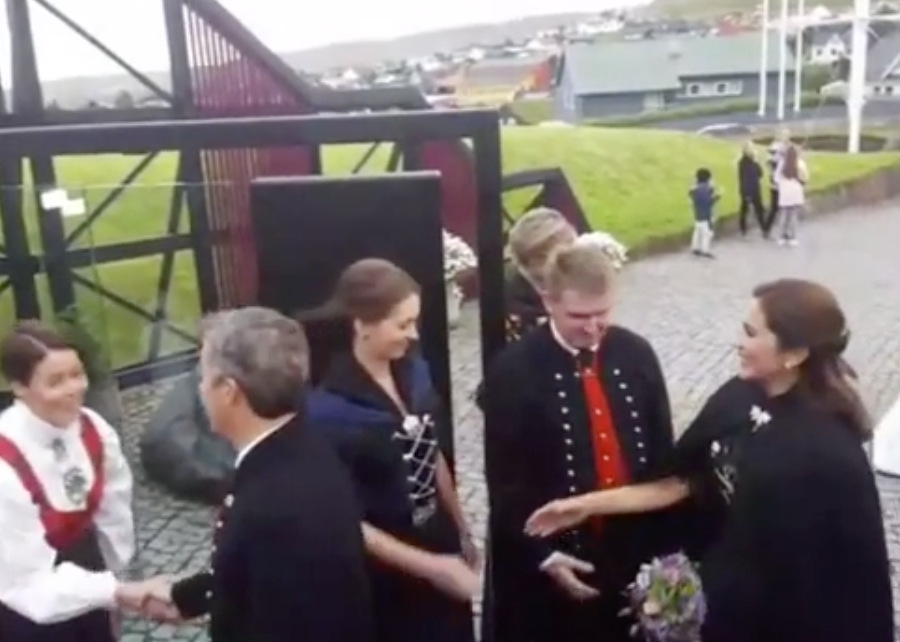 Her Royal Highness Crown Princess Mary and His Royal Highness Prince Frederick of Denmark have risked the wrath of a lot of Faroe Islanders after the former snubbed a handshake with Faroese prime minister Aksel V. Johannesen, while the latter started walking when the Faroese National Anthem was being played by Tórshavn’s brass band.

The royal family arrived in the Faroe Islands yesterday on a four-day visit, and on at least two occasions the Princess Mary and the Prince Frederick managed to confuse – or perhaps insult – the generally royalist Faroe Islanders who had gathered all around Tórshavn to give them a warm welcome.

First, shortly after arriving in Tórshavn, where the royal family was greeted by the island’s locals who had gathered in anticipation of their arrival, Prince Frederick bizarrely started walking when the Faroese National Anthem was being played by Tórshavn’s brass band.

Faroese news website Dimma.fo writes that the Prince went to greet some of the public figures who were stood a couple of meters away.

Apparently, this angered some members of the brass band, which had prepared meticulously for this particular occasion.

“He started to walk during the national anthem. That was not part of the plan”, a member of the brass band fumed.

Later in the evening, before a public dinner in the Nordic House hosted by Faroese Prime Minister Aksel V. Johannesen, Prince Frederick appeared very annoyed in a live interview with folksy Faroese television host Mr. Tórður Mikkelsen, who had stopped him to ask him a couple of questions about his visit in the Faroe Islands.

Princess Mary then snubbed a handshake with Faroese prime minister Aksel V. Johannesen, as he and wife  stood at the entrance to welcome the special guests to his dinner event.