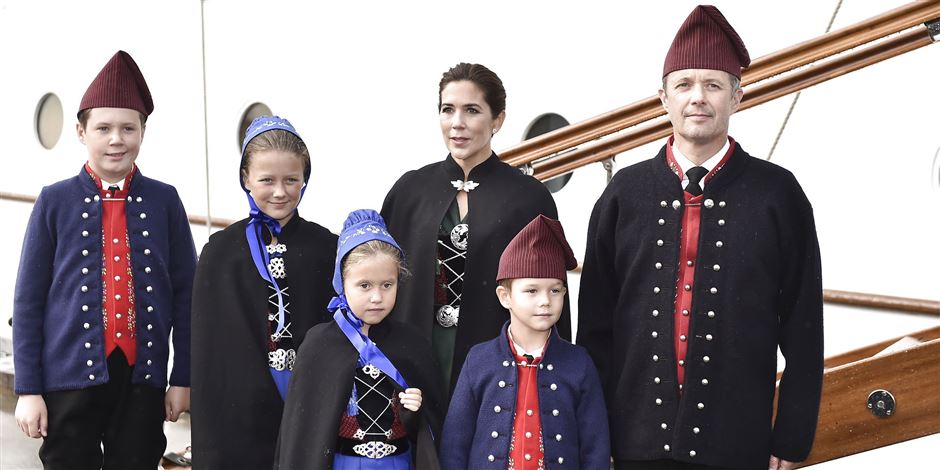 The royal couple,  who have brought along their four children Isabella (11), Josephine (7), Christian (12) and Vincent (7) for their official visit to one of the outposts of the Danish Kingdom, arrived in Tórshavn Harbor around 9 o‘clock this morning, where they were greeted by the island’s locals who had gathered in anticipation of their arrival, presenting Mary with an elegant posy as she stepped from the Dannebrog, the royal yacht.

Leading the way was Crown Princess Mary, 46, who, along with the rest of the family, was dressed in traditional Faroe costume in honour of her visit.

She and her two daughters, Princesses Josephine, 7, and Isabella, 11, wore the female dress of a dress and open sweater laced together using silver buttons and finished with a cape.

Meanwhile her husband Crown Prince Frederick, 50, and their two sons, Princes Christian, 12, and Vincent, 7, wore a waistcoat and felt coat with silver buttons, blue stockings and the famous floppy hat.

The family are set to stay in the Faroe Islands for four days and will conduct various engagements.

Previous article
5G internet in 2020
Next article
Local.fo needs your help to survive!