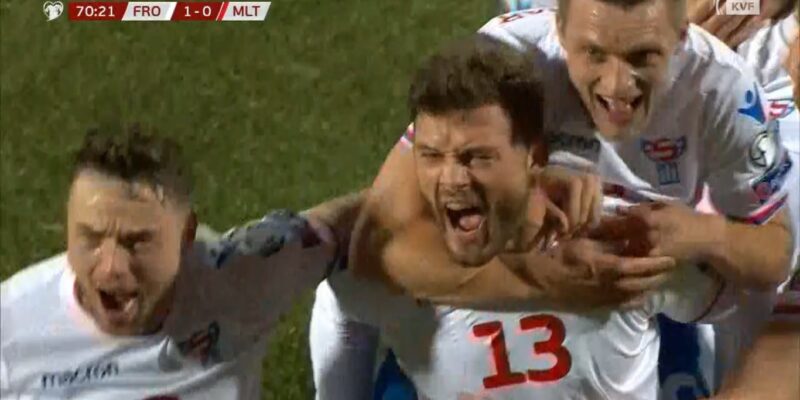 The Faroe Islands national football team picked up their first points in the Euro 2020 qualifying campaign with a 1-0 win over Malta on Oct. 15.

The Faroe Islands broke the deadlock in the 70th minute of the match in Tórshavn’s Tórsvøllur Stadium as Bryne defender Rógvi Baldvinsson headed a Brandur Hendriksson Olsen corner into the net.

Malta hit back immediately through Kyrian Nwoko. Malta’s forward fired a shot from outside the penalty area that sailed centimetres wide.

Faroe Island could – and really should – have doubled their advantage deep in the additional time. Following a defensive mistake, Klæmint Olsen saw his effort being blocked by Malta’s goalkeeper Henry Bonello.

Bonello also denied the Faroe Islanders on the 67th minute. Joannes Danielsen’s cross from the right went into the path of Viljormur Davidsen whose effort forced an excellent save from Bonello.