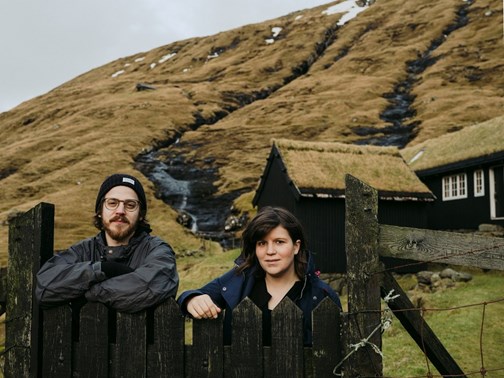 KOKS, the first ever Faroese restaurant to receive a star from the Nordic Michelin Guide, has retained the accolade, first awarded in 2017.

“We’ve absolutely delighted to have retained our Michelin star,” says chef Poul Andrias Ziska. 2018 will mark an exciting time for the restaurant, as it moves to a new location in the Faroe Islands. Previously located in Kirkjubøur, the most southern village on Streymoy, KOKS opened April 10 in its new location, an eighteenth-century farmhouse in the remote valley of Leynavatn, a 20-minute drive from the capital of Tórshavn. Built in 1740 and sitting by the lake, the building is traditionally Faroese in design, with basalt stone walls and a grass roof.

Poul Andrias says: “The wildness of the valley of Leynavatn is both inspiring and refreshing. To me this is the most exciting part about the move.”

KOKS is characterised by its unique Faroese identity and its commitment to the use of sustainable local products. Poul Andrias, born and raised in the Faroe Islands, aims to ensure that the restaurant continues to be at the forefront of the evolving and world-renowned Nordic food movement.

KOKS’ philosophy is simple and pure: making age-old food exciting to modern palates. Ziska and his team of innovators use seasonal Faroese produce – both coarse and fine, ancient and modern – to produce dishes that capture the Faroese landscape on a plate. Rather than chasing the new or novel for its own sake, every effort is put into exploring the ancient practices – drying, fermenting, salting and smoking.

A year on from having been granted the Faroes’ first Michelin star, KOKS is looking forward to welcoming even more visitors in 2018 and to presenting the Faroe Islands’ unique culinary essence to visitors from both near and far. Being awarded a Michelin star resulted in heightened interest and more reservations in 2017 than previous years. KOKS hopes the retention can have a similar effect on the restaurant this year.

“The new setting for the restaurant will, we think, breathe fresh life into KOKS, and will excite both past customers and newcomers alike.”