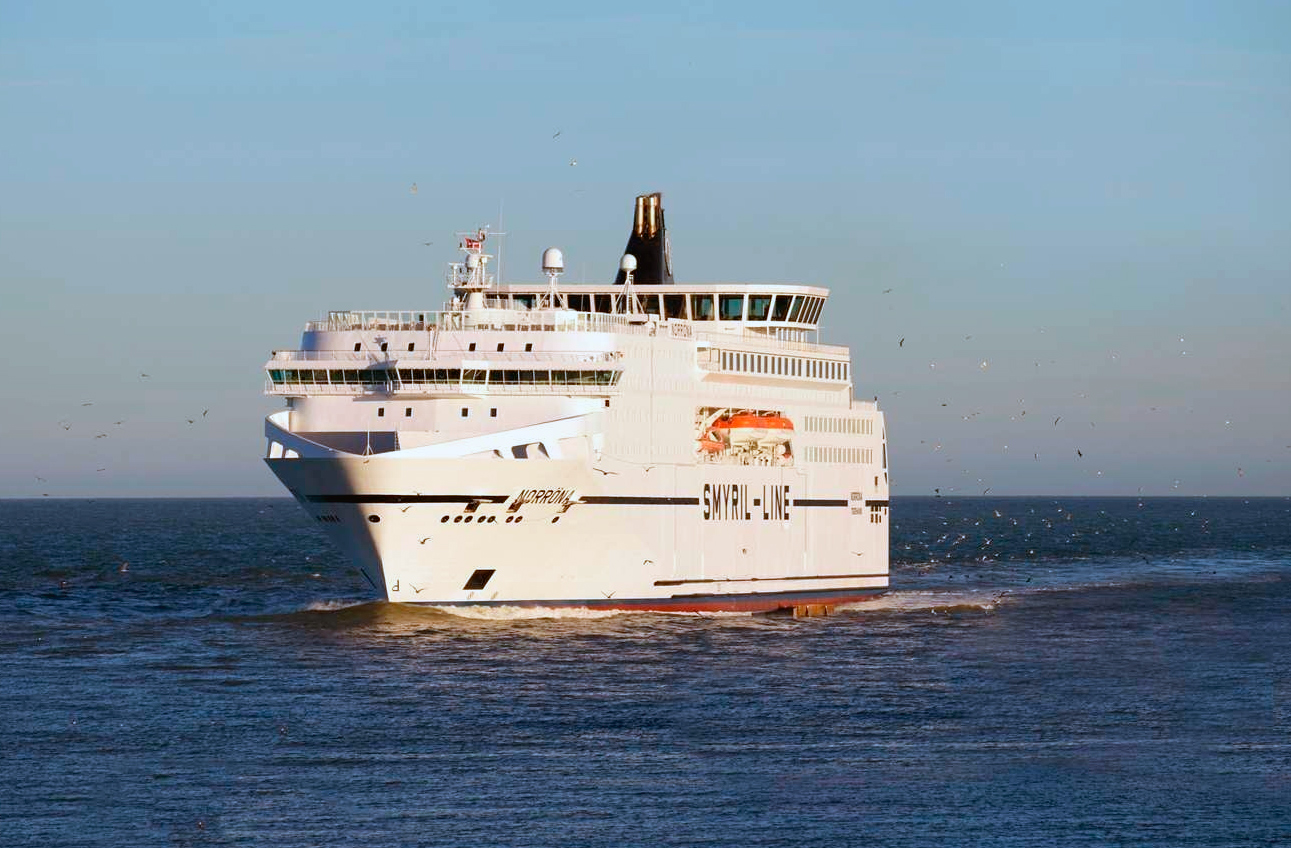 Since December, the Faroe Islands’ flagship ferry Norröna, the only passenger ship with frequently scheduled sailings to and from the islands, has been docked in Denmark for a major overhaul. In the meantime, commercial travel to and from the Faroes has been through Vagar Airport only; this weekend, however, according to shipowner Smyril Line, the Norröna will be back roaring — mind you, in a renewed and modernized state.

The roll-on/roll-off passenger ferry, built in Germany in 2003, arrived back in Hirtshals, one of its regular ports of call, on Tuesday. As per Smyril Line, the finishing touches are now being added as the ocean liner is being cleaned in preparation for its first journey of the year on Saturday. The ship is expected to arrive in Tórshavn on Monday.

While docked in Munkebo, Denmark this winter, the Norröna has been fitted with a new Sky Bar, lounge area and some 50 new double room cabins.