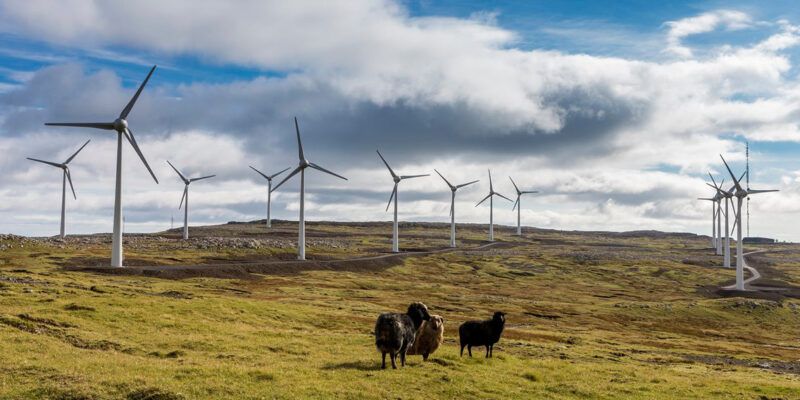 Scene from the wind park at Húsahagi near Tórshavn. Image credits: SEV.

Sustainable electricity production in the Faroe Islands during the first three months of 2021 reached 49 percent of total production, according to utility SEV.

“However,” the utility added, “the wet and windy weather conditions in the latter part of February and March were more favorable to sustainable electricity production.”

In February, sustainable electricity production in the s0-called main area of the Faroe Islands exceeded 80 percent for a total of nine days, the statement further read.

In January, sustainable production accounted for 38 pc. of the country’s total power generation, whereas during February and March that proportion rose to 53 pc. and 56 pc., respectively.

More in Energy and the Environment