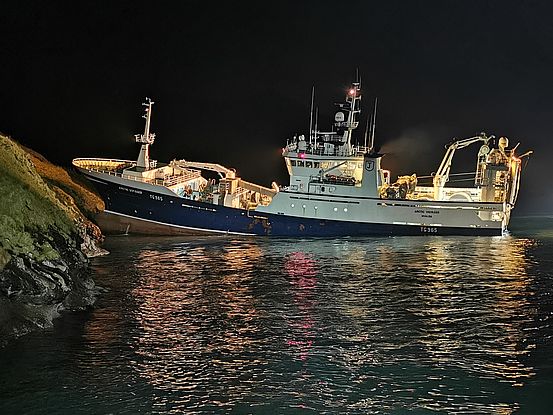 The incident happened shortly before midnight, a couple of minutes after the purse seiner had left the port of Fuglafjørður, Eysturoy.

The purse seiner did not make it far as it hit land at full speed.

Luckily, no-one was injured, and the purse seiner only sustained minimal damage.

Kringvarp Føroya writes that “only the very front of the hull took in small amounts of water.”

Four men were onboard the purse seiner when the incident occurred. The ship broke free from the ground after a few minutes. It then sailed back to the port of Fuglafjørður where it is currently docked.

The cause of the crash is still unknown.