HomePolitics'Psycho-gate is not a political matter,' declares Republican Party leader who believes...
Politics

‘Psycho-gate is not a political matter,’ declares Republican Party leader who believes that Mr. Speaker and Ms. Fríðriksmørk will eventually kiss and make up 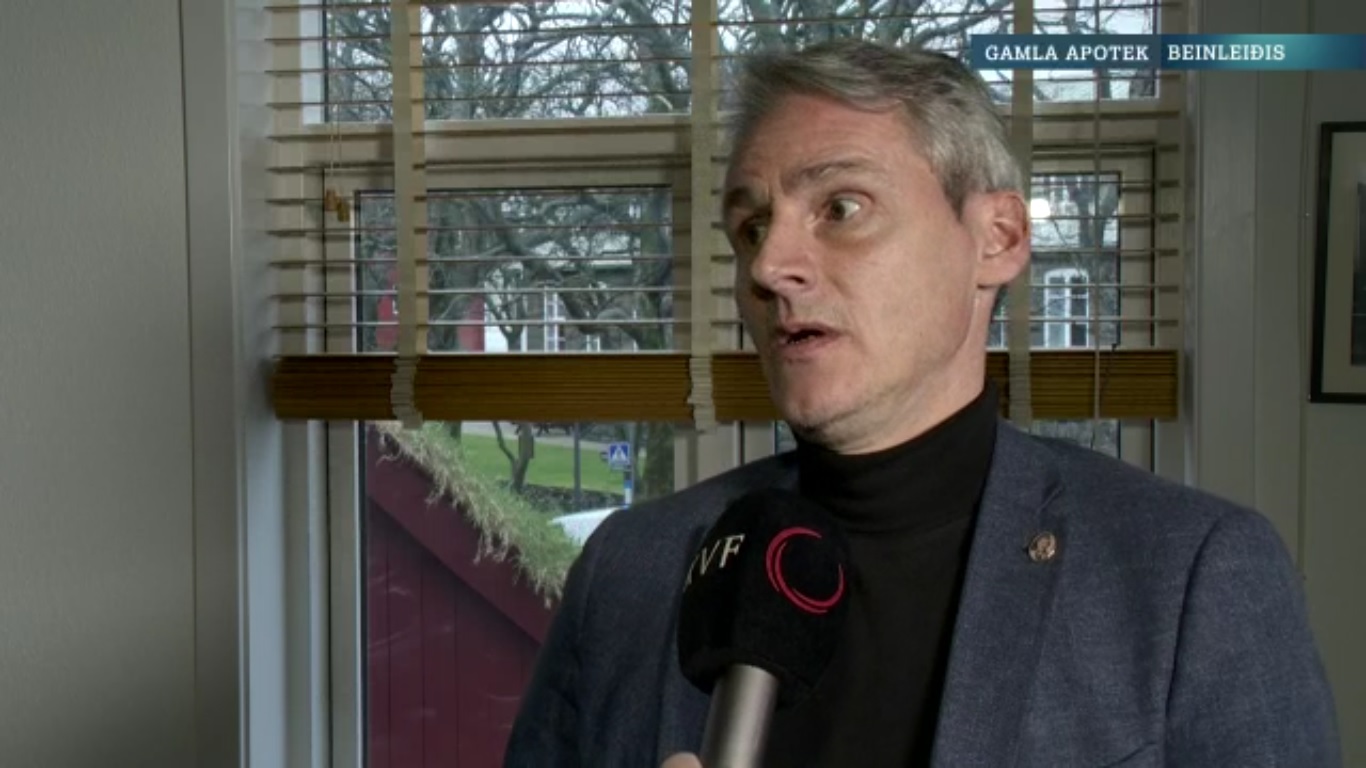 Høgni Hoydal, the Republican Party leader (Tjóðveldi), has implied that no disciplinary action will be taken against MP Annita á Fríðriksmørk, after she was overheard labeling her party colleague (and speaker of the Faroese parliament) Mr. Páll á Reynatúgvu ‘a big egoist and psychopath‘ during a conference in the village of Hov last Saturday.

Read more here: Everything’s not so rosy in the garden of Eden as MP labels party colleague ‘﻿a big egoist and psychopath’﻿

Ms. Fríðriksmørk is currently Tjóðveldi‘s parliamentary group leader, and there have been speculations about a soon-to-come dismissal of Ms. Fríðríksmørk following her controversial remarks.

Read more: A heart can break into a thousand pieces: Devastated Mr. Speaker shocked by ‘big egoist and psychopath’ remark

However, Mr. Speaker has also made it abundantly clear that he thinks that the leadership of the party needs to consider whether Ms. Fríðriksmørk can continue in her role as parliamentary group leader.

Despite Mr. Reynatúgvu’s apparent reservations, Mr. Hoydal obviously still believes that Ms. Fríðriksmørk can continue in the role just mentioned. He has reportedly heeded Reynatúgvu’s advice to discuss the matter with Tjóðveldi’s most senior figures, and the conclusion could not be clearer.

According to Hoydal, ‘Psycho-gate’ is not a political matter. According to him, it is a personal matter between Mr Reynatúgvu and Ms. Fríðriksmørk.

Hence, no immediate political consequences for the latter.

“This is a very unfortunate matter for us all (i.e. the entire Republican Party), but this is first and foremost a personal matter. Things have been said in a private conversation, which then became public. These things should not have been said, and I distance myself from what was said because you cannot talk about people like that. They (Ms. Fríðriksmørk’s remarks) are hurting, and an unconditional apology has been given,” Mr. Hoydal said in an interview with Kringvarp Føroya last night.

“I think that this matter should be solved between these two people (Mr. Reynatúgvu and Ms. Fríðriksmørk) who have served the party for so many years. Because after all, the most important thing is being able to work together in a political environment. What is more, I am convinced that Ms. Fríðriksmørk and Mr. Reynatúgvu will kiss and make up and regain the politically-oriented focus,” Mr. Hoydal concluded.