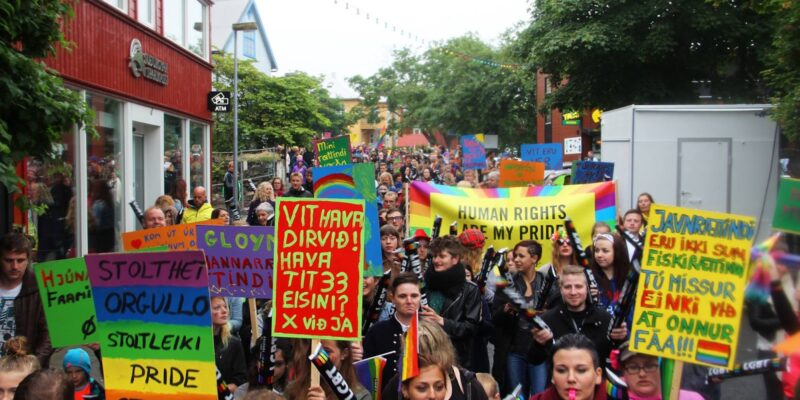 Public support for the local LGBT movement in the Faroe Islands is most evident at Faroe Pride which always takes place on July 27th, the day before the national holiday Ólavsøka.

Around 10% of the population take part in the annual parade. The parade is a lively community-building event and is followed by a free concert featuring the biggest names in music from the Faroe Islands.

This year´s Faroe Pride program is as following: