Pregnant woman transferred to National Hospital in Tórshavn by helicopter 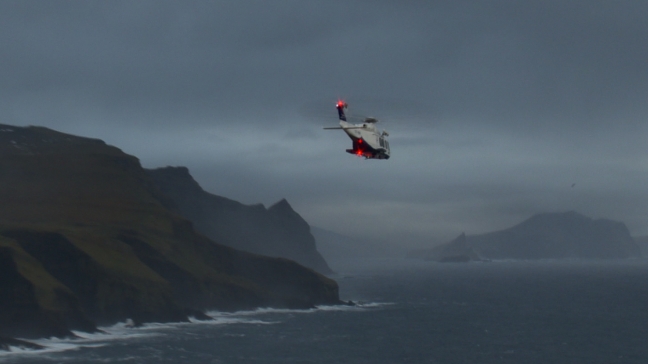 Last night, shortly after 11 o’clock the Faroese Maritime Rescue Co-ordination Centre (MRCC Tórshavn) were notified that an expectant woman from the island of Suðuroy had to be instantly transferred to the National Hospital in Tórshavn.

Faroese news webpage Jn.fo writes that the Atlantic Airways rescue helicopter picked up the woman in the southern village of Froðba at 11.54 p.m. last night. The helicopter landed outside the National Hospital in Tórshavn about 20 minutes later.

The Faroe Islands has had the highest birth rate in Europe for decades, with around 2.5 children per woman, according to World Bank figures. However, while there were previously three hospitals where pregnant women in the Faroes could give birth to their many babies – in Klaksvík, Tórshavn and Tvøroyri -, the past couple of years expectant women within a couple of weeks of their due date have been transferred to the national hospital in Tórshavn as the hospital safety in Klaksvík and Tvøroyri has been deemed to be not up to standards required.

Unfortunately, but not wholly unsurprisingly, not all pregnant women in the Faroes have had the luxury of arriving at the national hospital in good time – including the aforementioned woman from last night.

Previous article
Faroe Islands population grows by 2.400 in 7 years, driven by high net international migration
Next article
The Faroes functioning as a magnet for birds migrating over the North Atlantic Ocean