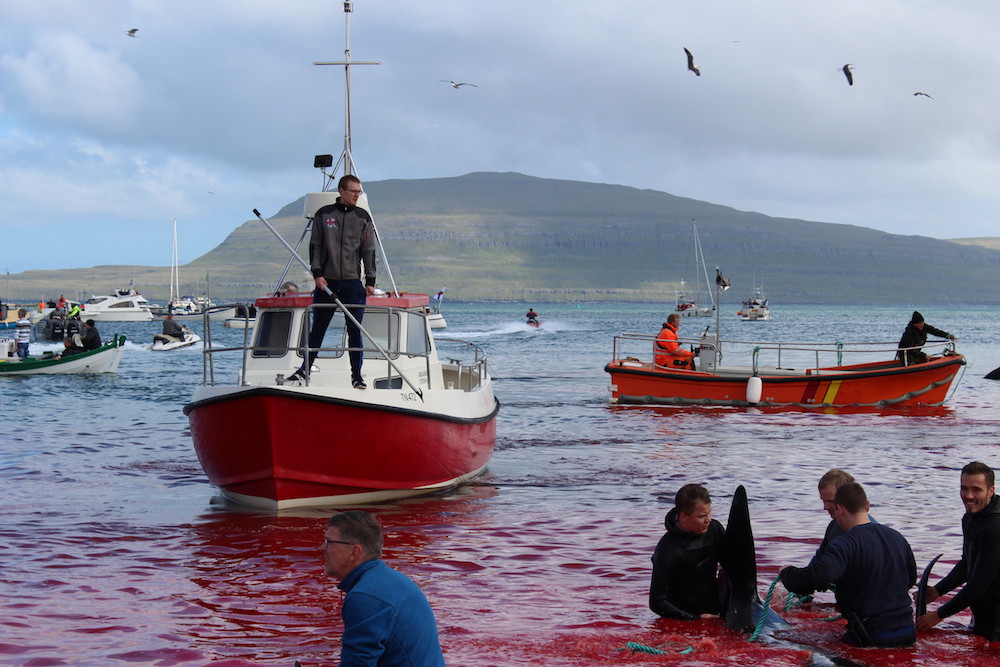 No sooner had the worst part of the collective hangover after Ólavsøka (the Faroese national holiday) passed before it was announced this morning that no less than two pods of pilot whales had been sighted close to the island of Streymoy.

This comes after 51 pilot whales were killed in Tórshavn last week. That particular pod of whales was shared between those who participated in the hunt. See pictures from the killings here.

Previous article
My fairest land! How does the Faroese national anthem compare with other national anthems lyrics-wise?
Next article
New town hall integrated into the landscape of Faroese village