Polish photographer praised for stunning snap of lighthouse in the Faroes 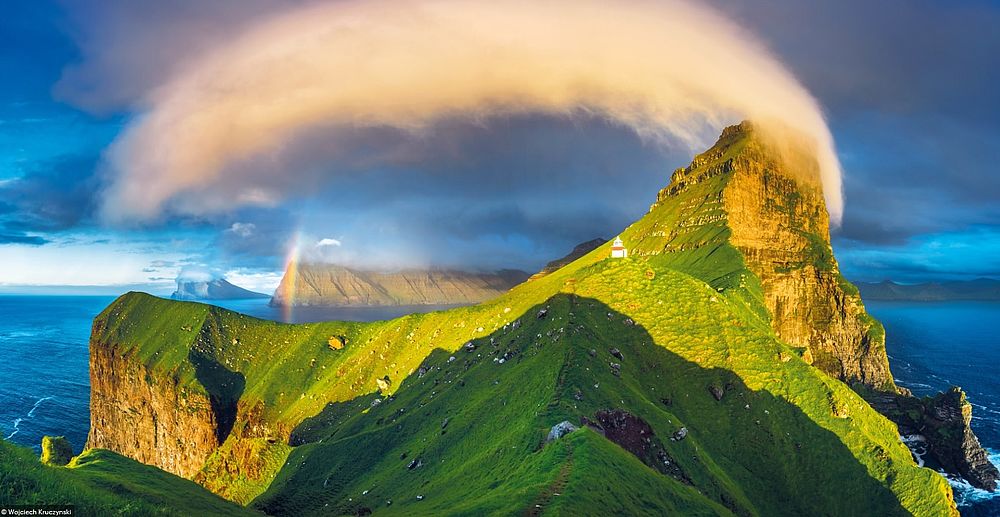 The Outdoor Photographer of the Year contest is running for a seventh year, and has received 18,000 entries from around the globe, according to Daily Mail.

Among the entries this year are dramatic snaps of the stormy waters of the Baltic Sea and the aquatic splendor of the Egyptian Red Sea coral reefs as well as the magnificent Icelandic ‘valley of Thor’ and the atmospheric mystery of a North Yorkshire forest.

There are also giraffes and impalas captured in the Nairobi National Park in Kenya and a drone-snapped aerial photo of a Thai motorbike bridge along the famous Ping River.

According to Daily Mail, Polish photographer Wojciech Kruczynski won praise for his snap of the Kallur lighthouse in the Faroe Islanda in the ‘light on the land’ section.

– The picture consists of nine frames arranged in a three-by-three grid, which is quite difficult to put together and requires a lot of work, but with this beautiful place it was worth the effort. Weather conditions like this do not often occur in the Faroe Islands – I had to wait for three days in a tent in the rain for them. Because the cliff I was shooting from is very tall and vertical – and the wind blows hard – you definitely need a head for heights, and the rain will soak you again and again. You need to quickly take pictures and run away, again fighting with angry birds. The life of a landscape photographer is beautiful, isn’t it?

The overall winner and runner-up – chosen from the category winners – will be announced live on stage at The Photography Show at the NEC, Birmingham, on Saturday, March 17.