Second life. First love: A tour to the second hand stores in the heart of the Faroe Islands 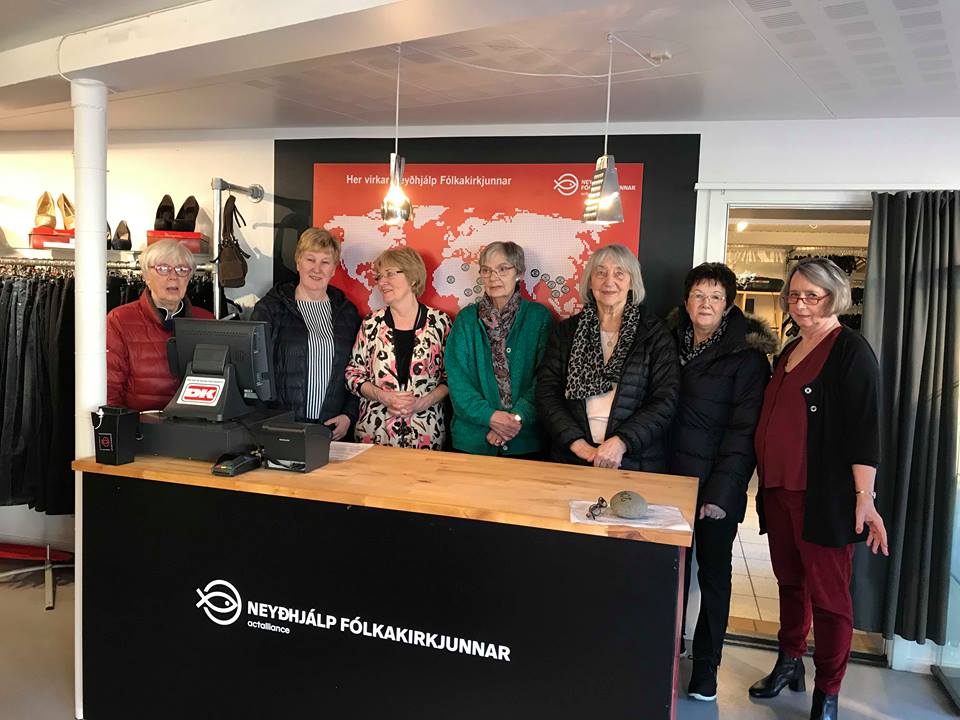 The feeling you get when visiting a second hand store is usually comparable to finding a jar of gold at the end of a rainbow; you can pick up to five pieces of clothing and pay an amount of money equivalent to what it would cost you buying only one piece of clothing in the mall or any exclusive store.

Now, imagine how it would feel if you knew the social reason behind your favorite second hand store or the stories of the faces that stand behind the counter to take your payment and help you around.

Would it make you love fashion even more?

One of the second hand stores situated in Tórshavn, the capital of Faroe Islands, is called Iktys.

The Ichthys or Ichthus comes from the Greek ikhthýs and it means “fish”. Early Christians adopted it as a secret symbol to recognize hidden churches and other believers, since they were persecuted by the Roman Empire.

Iktys is an initiative of DanCurchAid (DCA), which is an NGO that is rooted in the Danish National Evangelical Lutheran Church. Iktys is active wherever it finds the need is the highest – regardless of religion, gender, political beliefs, race, national or ethnic origins, handicaps or sexual orientation.

The organization aims to strengthen the world’s poorest people in their struggle for a life in dignity.

The liaison between Denmark and the Faroe Islands is Marjun Bæk, a former priest who started volunteering at Iktys while she was still preaching for a living. However, it was not until 2012 that she became the focal point of the organization.

She believes that “you can work to make a better world”.  Her right hand is Oddvør Johansen, who has been a volunteer since 2006.

Iktys has approximately 40 volunteers who are dedicated to classify clothes and hang them up so that customers can see them. It is an interesting fact that there are only female volunteers at Iktys. However, men are also collaborating, carrying heavy bags of clothes as well as other items.

Marjun Bæk explains: “The volunteers are very committed to the store but this also works as a social function for them. Most of them are retired but they have been able to build good friendships while practicing altruism.”

The second hand store also donates clothes to Russian fishermen and industrial boats that arrive in the Faroe Islands.

“Anybody is welcome to volunteer at Iktys regardless of their church denomination,” concludes Marjun Bæk.