Picture gallery: People from several nations around the globe dine together in downtown Tórshavn 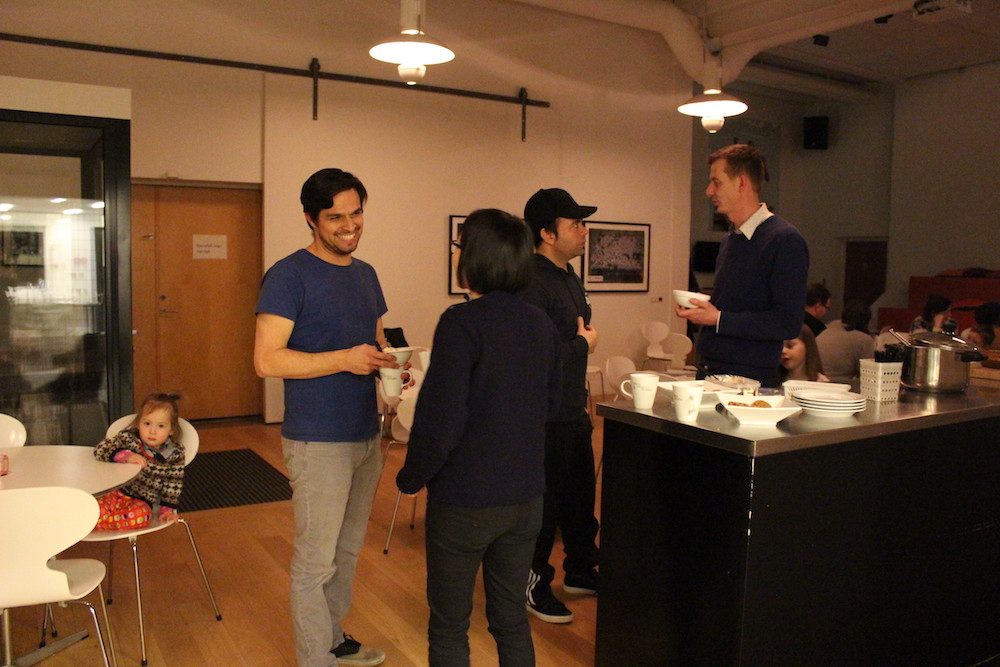 Last night around 10-15 people from several nations around the globe – including Colombia, Pakistan, the US, Mexico and the UK – dined together at this week’s Open Space-event at ”Posthúskjallarin” in downtown Tórshavn.

The event was hosted by ”Tórsstova”, a municipal community organization, which aims to promote integration in Tórshavn.

The  group of people set up a shared food table and enjoyed the food together and relished each other’s company.

After the dinner we spoke to Tonicia Hansen, who has been married to a Faroese for ten years, and who has lived in the Faroe Islands for 6-7 years over two spells.

Tonicia is British and is currently a postgraduate student at the University of the Faroe Islands (Fróðskaparsetur Føroya) where she studies West Nordic Studies.

We asked her to name three characteristics of a typical Faroese.

– First, I´d say that people in the Faroe Islands are very friendly. Secondly, they are also very curious. They like to know everything about you and they ask a lot questions that you would normally not ask, say, the typical Londoner. Questions such as: what do you do for a living? how much do you make a month? and who are you dating? Third, you have got this thing in the Faroes that if you do not fit in certain doors will close, said Tonicia.

Tonicia also argued that there are two groups of immigrants in the Faroe Islands: The group which does not want to say anything and the group which wants to speak up and make a change.

– Things have changed for the better lately when it comes to immigration policies in the Faroe Islands. You have got these Open Space events and the language courses, but things can still get a lot better. There are certain difficulties that are being swept under the rug which need to be addressed. That being said, I cannot state clearly enough how much I like it here in the Faroes. I love being here and there are a lot of good things about the Faroe Islands, said Tonicia.