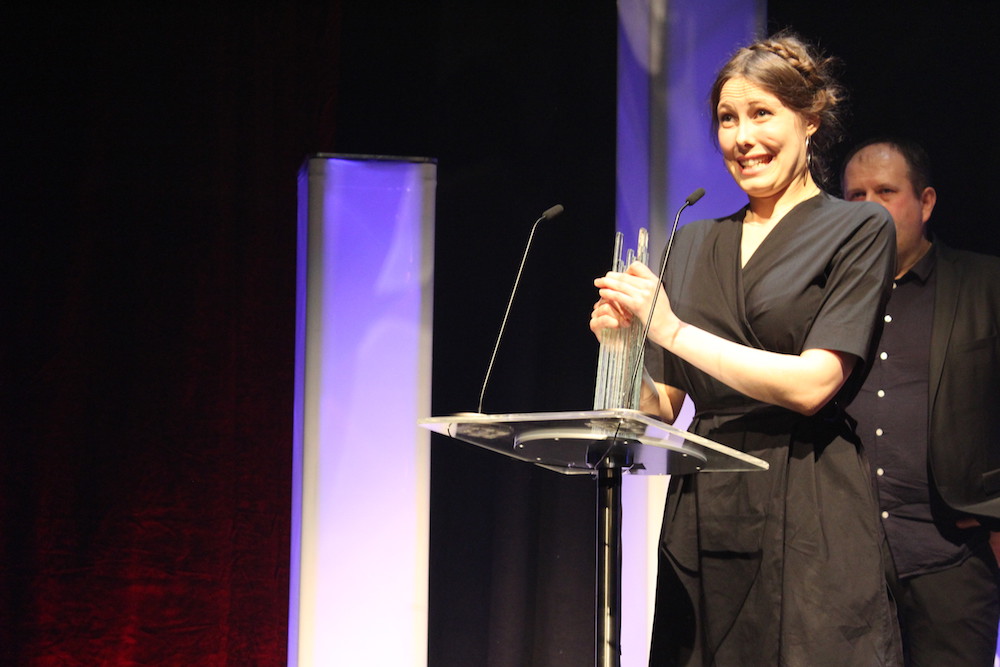 21-year-old singer-songwriter Lea Kampmann took home one of the biggest awards at the 2018 Faroese Music Awards which took place in Norðurlandahúsið (The Nordic House in the Faroe Islands) last night.

Lea, who grew up in Copenhagen where she was raised with classical music from early childhood, won the award Best Group/Individual of the Year.

After the show, Lea seemed very surprised by her FMA-win.

– It felt pretty unreal when I had to go up there (on the stage) and say ”thank you”. I nearly burst out crying and all. But now it feels more real, and it is really fantastic and very motivating, Lea told Faroese news site In.fo after the show.

In Lea’s teenage years, her love for song-writing started growing, and when she moved back to her homeland, the Faroe Islands, at the age of 18, she got inspired to write songs for the EP, Common Blue. Lea Kampmann has since then played a lot of concerts in different venues in the Faroe Islands.