Picture gallery: Carlsen given a great ovation by SMS-crowd 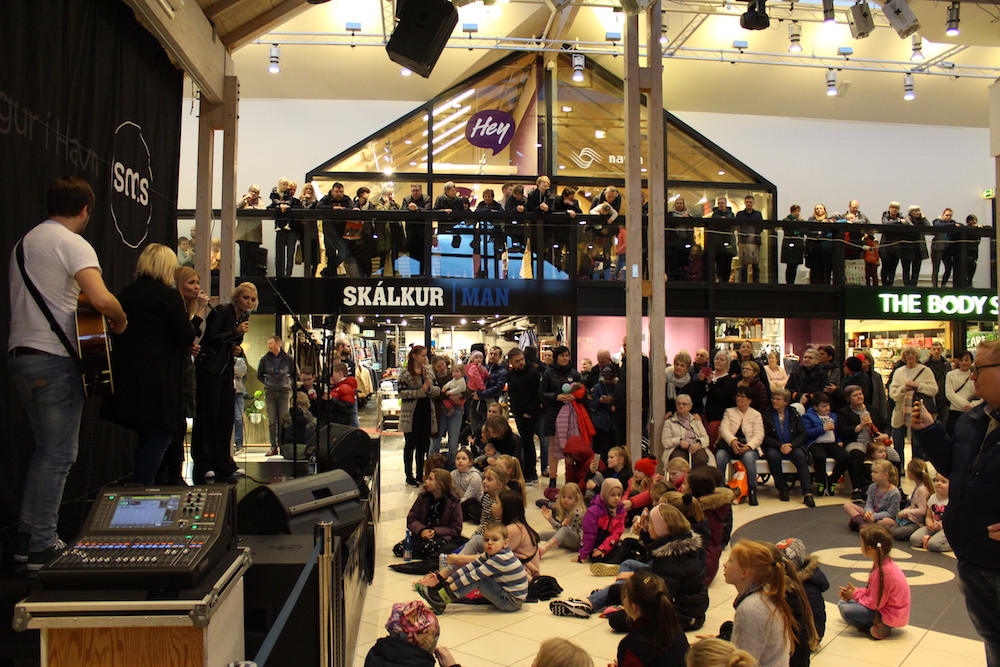 The Carlsen sisters – Vanja Carlsen, Laila Carlsen and Barbara Chaparro – were given a great ovation by the Faroese public when they performed in SMS, Tórshavn´s largest shopping mall, yesterday.

This was their first performance since participating in the Danish Eurovision Song Contest last weekend.

Carlsen perfomed three songs, including ”Standing up for love”, much to the delight of the around 200-300 spectators.

Carlsen fell short of winning Dansk Melodi Grand Prix 2018 which took place in Aalborg last Saturday. The group also fell short of qualifying for the final round of the competition.

However, the consensus among the Faroese public is that the Carlsen sisters gave a very good performance at the DESC 2018.