Picture Gallery: The audience loved Maria and the man with the diaper 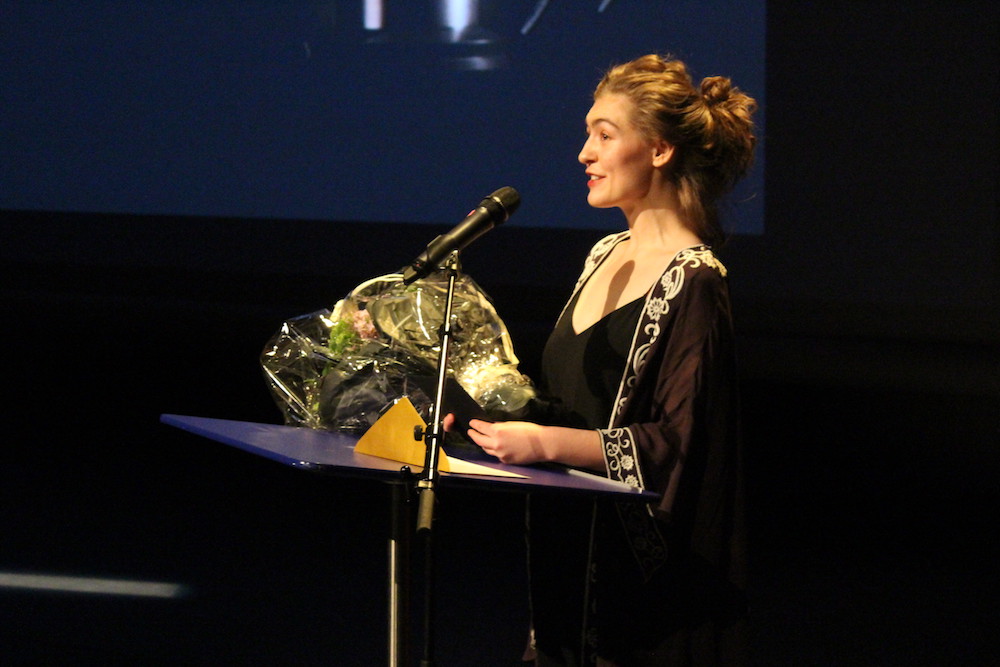 20-year-old director Maria Tórgarð was the big winner at ”Geytin 2018”, the Faroese film awards, which was held last Saturday night in ”Norðurlandahúsið” (The Nordic House in the Faroe Islands).

Maria won the Audience Award for her short film ”Manden med bleen” (The man with the diaper) – a heartfelt and touching 9-minute movie about an elderly man who struggles to come to terms with wearing diapers.

Maria Tórgarð started working as set-design assistant in 2014 in the award winning horror short film Skuld by Heiðrik á Heygum. Since then, she has been set-designer on a music video for the singer Hulda and a commercial with Kovboyfilm. After this she started making her own short films.

In other news, Sif Gunnarsdóttir was honored for her time as Director of the Nordic House at Geytin 2018 as she has announced that she will leave the position on 1 April to take up a new position at Reykjavík´s City Council.

Sif has been Director of the Nordic House since 2013.