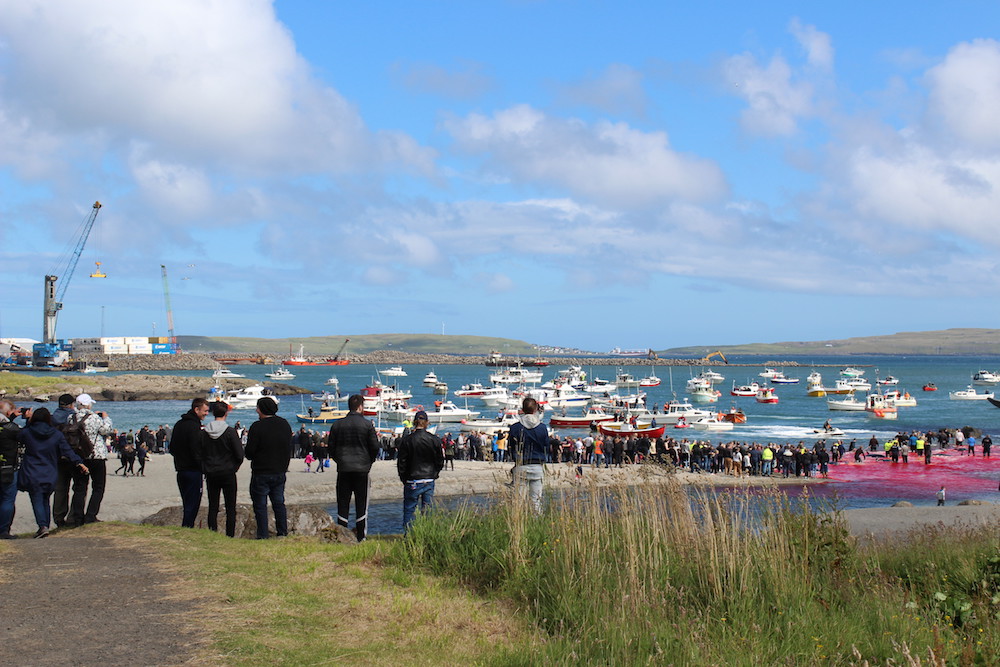 A petition calling on the British government “to condemn the Faroe Islands for allowing the slaughter of endangered Cetaceans” has been launched.

The petition on the UK parliament’s website was created by Mr. Angus Roberts-Carey earlier this month, and so far more than 1300 people have signed the petition.

“Every year, up to 1,000 migrating Pilot Whales and other dolphins are hunted and brutally killed in the Faroe Islands in a practice known as the ‘Grindadráp’ (or Grind). The cruel practice continues with the support of the Danish government, in conflict with their international legal obligations,” Roberts-Carey states.

He continues: “An EU directive prohibits member states from all forms of deliberate disturbance, capture, or killing of cetaceans, however Sea Shepherd has evidence proving that Danish officials from the police, navy, and customs have been facilitating and even actively participating in the Grind.

We demand condemnation and ceasing of tourism and trade relations with the Faroe Islands until the Grind is ended in perpetuity. All evidence available to view on Sea Shepherd UK’s Facebook page.”