News from the Faroe Islands
HomeWhalingPaul Watson all but declares that "the thugs from the Ferocious Isles...
Whaling 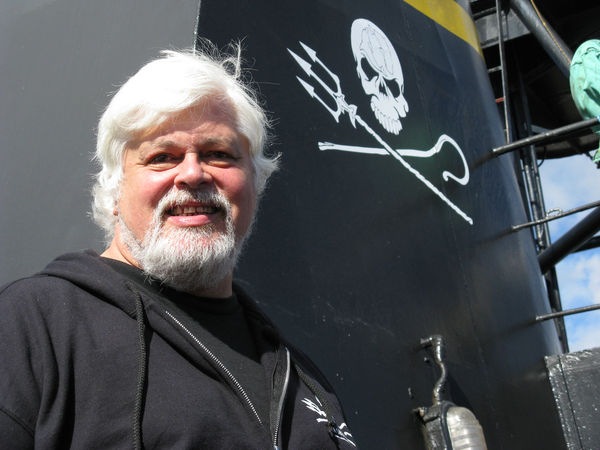 On Facebook, Mr. Watson points out (while referring to Local.fo – the premier provider of Faroese news in English) that: ”According to the local Faroese media, their whale killing ambassadors (Týr) were not made welcome and a large group of whale defenders made it perfectly clear in true Brooklyn fashion that the thugs from the Ferocious Isles were not welcome.”

Mr. Watson – who according to former Faroese right-wing politician Óli Breckmann does not care about people, let alone whales – also issued a stinging criticism of one of Týr´s songs. He wrote: ”Apparently, Tyr dedicated a song to me in Brooklyn. It was rambling we like to kill whales with juvenile lyrics and the absolute worst metal music. They posted their dedication and their lyrics. They sang their silliness in Faroese so the audience would be unaware of the meaning of the words.”

It’s alright to dress up as a Viking and scream out lyrics of death and destruction (If you’re into that weird sort of sadistic fantasy thing) but once the fantasy converts to reality and real blood flows as the screams of dying whales fill the air, well that crosses the line from civilized to barbaric altogether”, argues Mr. Watson, adding rather ominously that ”Tyr is creeping like a leaking septic tank across North America right now.”