HomeWhalingPamela Anderson, who was in the Faroes in 2014 to stop the...
Whaling

Pamela Anderson, who was in the Faroes in 2014 to stop the grind, now demands protection of wild salmon by removal of salmon farms from British Columbia 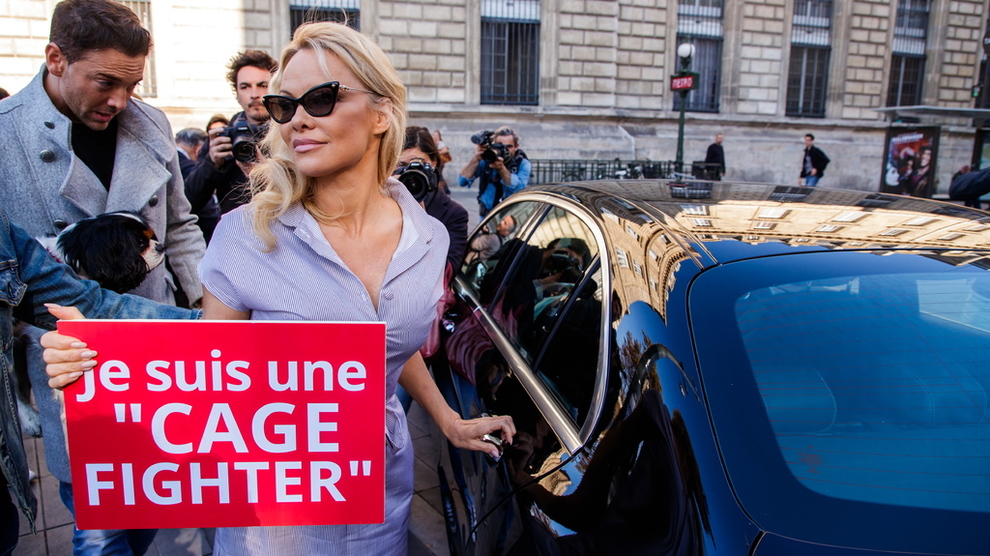 The protest, which took place on Sunday, was against Cermaq’s Venture Point farming site in the Okiolo Canal in British Columbia, on the Canadian west coast, writes Salmonbusiness.com.

The Hollywood star was scheduled to board the research vessel “Martin Sheen” to sail around the Cermaq site during the protest on Sunday.

This is not the first time Ms. Anderson has participated in a Sea Shepherd campaign. On August 1 2014, she arrived in the Faroe Islands to show her support for Sea Shepherd’s Operation Grindstop.

According to cphpost.dk, Anderson at the time said that she was not afraid of how the Faroese would react when she got in the way of their ritual.

“I’ve spoken with a few people who are very proud of their traditions. But traditions change all the time and I want to help changing them,” she said.

“This only happens in a couple of places and I don’t see the point of it. If it’s just for entertainment, it’s horrible. I hope it will change so people one day will say: ‘did we really do that?'”

Anderson has been a long-time supporter and good friend of Sea Shepherd Founder Captain Paul Watson. She joined the organization’s prestigious Media and Arts Advisory Board in January 2015.

Previous articleSEV and Minesto secure €2.5M EU Grant for development of tidal ‘kite’ technology
Next articleImpossible to turn down Trump, eh? Faroese PM eager to meet with US president, as the latter prepares to visit Denmark next month