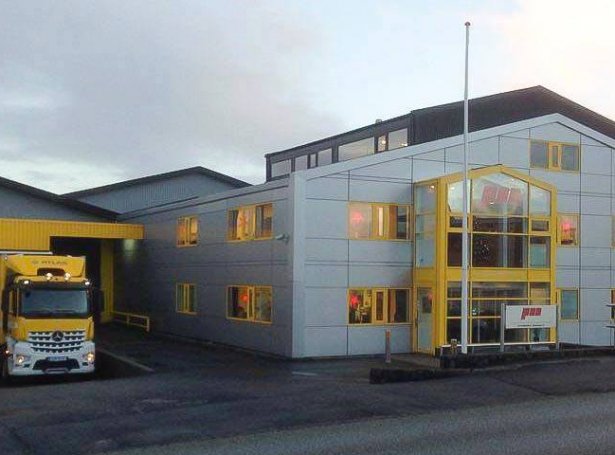 Tórshavn-based property management company P/F Poul Michelsen was chosen as the Company of the Year at the 2019 Industry Day, which took place in the Nordic House yesterday.

The panel of judges noted that P/F Michelsen was strong on developing new branches of industry and social responsibility. P/F Poul Michelsen dates back to 1974 when Poul Michelsen started business in his own basement. PM, as the company is commonly known, has seen constant growth ever since.

In the beginning, PM specialized in chilled and frozen products. Today however, the product selection and services have grown considerably – the company now also specializes in fruit and vegetables, catering, provisioning and bakery goods.

Poul Michelsen, the owner of the company (picture below), is the former foreign minister of the Faroe Islands. He served in the role from 2015-19. In other news, rock legend Sir Bob Geldof was one of three keynote speakers at the 2019 Industry Day.

Mr. Geldof gave a lecture on making a difference, the UN sustainable development goals and ethical responsibility. He also discussed the importance of cooperation in relation to reaching the desired outcome. The other two keynote speakers were Cleopatra Doumbia-Henry, the President of the World Maritime University, and Danish neurologist Peter Lund Madsen.

What is more, Bakkafrost‘ new biogas plant FÖRKA was crowned the Business Initiative of the Year at the annually held event.

FÖRKA will according to plan be ready for production in Q1 2020 and will be processing about 100,000 tonnes of biological waste from Bakkafrost’ hatcheries and farmers around the Faroes.

Initially, the goal is to produce heating for 400 homes and electricity for 1,900 houses, Bakkafrost has revealed.