HomeOpinionOpinion: Isn't it time to reduce the number of grinds? Or to...
Opinion

Opinion: Isn’t it time to reduce the number of grinds? Or to stop? 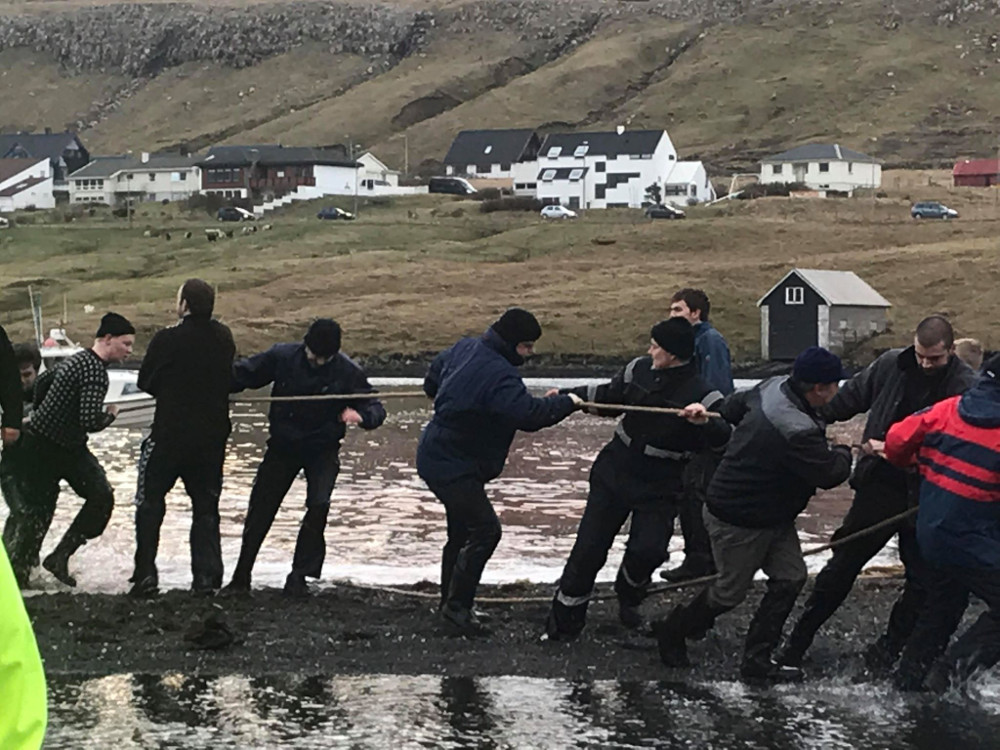 Next year is 2020, Atlantic mackerel stocks are down by over 80% in the last two decades.

Times are changing radically and not for the better.

Plastic pollution is being found at sea below 2000m.

Mercury found in all fish is on the increase and extinction of many living organisms is predicted by 2050. As an outsider to the Faroe Islands I witnessed a tightly knit community struggling to keep away from the modern world.

I get it, I often open the internet and wish I wasn’t seeing all of this happening.

But it is; even David Attenborough has come out with headline grabbing statements now. After years of showing the beauty of the natural world he has radically shifted gear to warn us all of the impending doom we collectively face if we don’t change our habits and fast.

So to the whales and dolphins migrating past the Islands each year: who has a claim on them? The hunters who still claim they need free food? Or the growing number of global environmentalists who see these killings as outdated and cruel?

Environmentalists who work in many global locations and are concerned that the decimation of genetically unique pods can damage a whole species.

Given the numbers of pilot whales is scientifically data deficient, numbers are guessed by pro whaling organisations. Given the poisonous nature of the meat gained from hunting. Given the overall state of the oceans with no borders protecting my ocean from your ocean: Isn’t it time to reduce the number of grinds? Or to stop?

Enough meat for the doctors recommendations of intake is way below the1500 animals usually taken. 2020 next year gives us a maximum of thirty years before scientists predictions of empty oceans begin happening. Is this a good situation to hand on to the next generation wherever they live?

The only certainty in life is change. Change constantly happens. You’re probably reading this in a hand held device a hundred times more powerful than the computer you got excited about twenty years ago.

We’re all more connected than ever before. It’s impossible to hide from the outside world, and people everywhere have a right to an opinion about the Islands behaviour towards the wildlife there.

Isn’t it time for change on the Islands to protect our oceans? For the next generations and beyond.

Written by: Sheila Hanney from the United States

Previous articleVideo: Cannabis Party expelled from political debate by security guards
Next articleGrindadráp takes place in the village of Hvalba