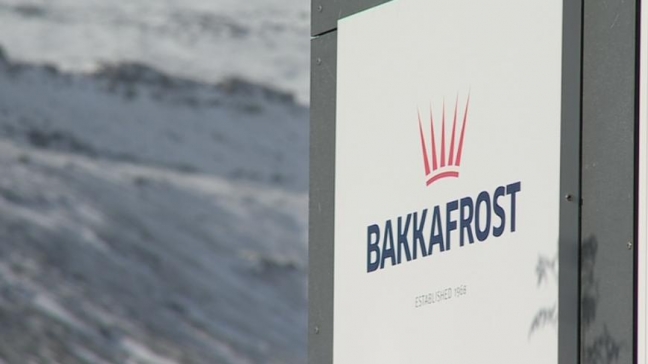 The salmon spot price increased in the quarter, compared to Q4 2018 and to Q1 2018. Bakkafrost’s achieved prices in this quarter, however, were lower than in Q1 2018, and thus had a negative effect on the operational EBIT. The VAP segment made an operational EBIT of DKK 1.3 million. The EBITDA for the FOF segment was DKK 65.3 million.

The disrupted market balance from Q4 2018 into Q1 2019 resulted in a weaker than expected result in the farming segment in the first part of Q1 2019. We are pleased, however, to experience a better market development and more activity in the VAP segment.

The new hatchery at Strond is now about to start the fourth batch, since the first eggs were hatched last summer. The first smolts will be transferred to sea sites in the second half of 2019.

The biological development was very positive during Q1 2019.

Bakkafrost aims at giving the shareholders a competitive return on their investment, both through payments of dividends and by securing an increase in the value of the equity through positive operations. The long-term goal of the Board of Directors is that 30-50% of earnings per share shall be paid out as dividend. The financial position of Bakkafrost is strong with a solid balance sheet, a competitive operation and available credit facilities. The Annual General Meeting, convened on 5 April 2019, decided to pay out a dividend of DKK 8.25, corresponding to NOK 10.65 per share. The total dividend of DKK 403.1 million (NOK 520.3 million) was paid out on 26 April 2019.

Bakkafrost operates in the main salmon markets, Europe, USA, the Far East and Russia. Variation in sales distribution between the different markets is driven by the change in demand from quarter to quarter in the different regions. Bakkafrost, however, aims to have a balanced market diversification to reduce market risk.

The outlook for the farming segment is good. The estimates for harvest volumes and smolt releases are dependent on the biological development.

Bakkafrost focuses on reducing biological risk continuously and has made several new investments and procedures to diminish this risk. Bakkafrost focuses on using non-medical methods in treatments against sea lice and has invested in new technology to comply with this strategy. Since September 2017, Bakkafrost has not used medical methods in treatments against sea lice.

Bakkafrost aims at being self-supplied with 500 grams smolts by 2021. The benefits are a shorter production time at sea as well as reduced biological risk. The new hatchery under construction at Strond, Klaksvík, is an important part of this plan. The hatchery has begun operation and is expected to be in full operation by year-end 2020. The capacity growth from this investment program will gradually appear in harvested volumes from 2021.

The outlook for the production of fishmeal and fish oil is dependent on the availability of raw material. The ICES 2019 recommendation for blue whiting is 1,143 thousand tonnes, compared with 1,388 thousand tonnes in 2018.

Havsbrún’s sales of fish feed in 2019 are expected to be at 85,000 tonnes, depending on external sales.

Bakkafrost’s strategy and investment program will be presented at Bakkafrost’s Capital Markets Day on 12 June 2019 in the Faroe Islands.

A high equity ratio together with Bakkafrost’s bank financing, makes Bakkafrost’s financial situation strong. This enables Bakkafrost to carry out its investment plans to further focus on strengthening the Group, M&A’s, organic growth opportunities and to fulfill its dividend policy in the future, which is unchanged although a new investment program is announced.