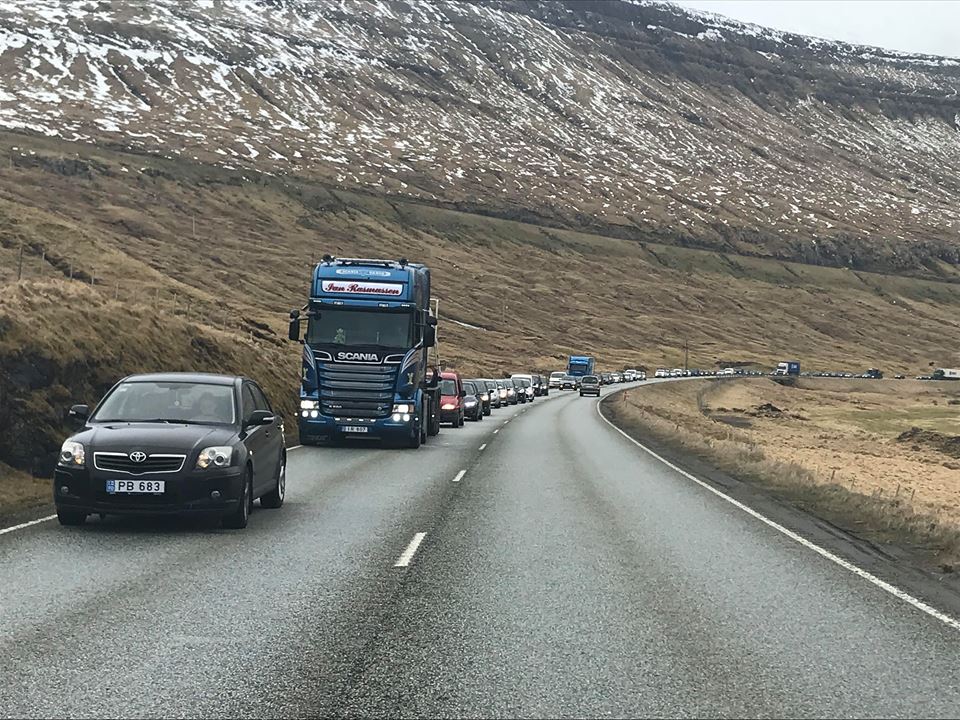 Several onlookers were less than impressed as it took the ambulance from Tórshavn 27 minutes to arrive at the scene following the huge three-car crash on Eysturoy (Millum Fjarða) yesterday.

Two ambulances from nearby Runavík had already arrived before the one from Tórshavn – the first one after approximately 15 minutes – and one female onlooker pointed out that ”they (the ambulances) are very late today”.

Luckily, no one was seriously injured, but one person was taken to the hospital in Tórshavn after suffering a head injury, while other persons received minor injuries.

According to one eye-witness, the car-crash was very dramatic as one car was sent flying through the air. Another eye-witness argued that it was very fortunate no one was seriously injured.

Traffic was halted for about 50 minutes after the car crash which happened at 5.15 p.m. yesterday.