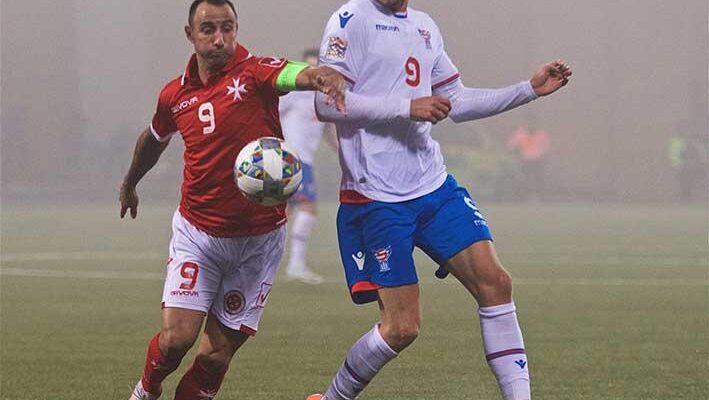 The weekend has got off to the perfect start football-wise after the Faroese under–21 side gained a hard-earned 1-1 against Poland away from home, while the Faroese senior side beat Malta 3-1 in their UEFA Nations League opener in Tórshavn on Friday evening.

In Lublin, striker Jákup Thomsen fired home to give the Faroe Islanders a 1-0 lead after just 15 minutes.

The North Atlantic side clung on until the 72th minute, when Dawid Kowanacki, the captain of the Polish side, converted a penalty to make it 1-1.

Poland U21 were desperate for one more goal, but Faroese goalkeeper Karstin Hansen produced several stunning saves to keep the determined East Europeans at bay.

The result leaves Poland U21 with 15 points from 7 matches in group 3 of the UEFA Euro 2019 qualifying tournament, one point behind first-place Denmark.

The senior side, meanwhile, kicked off their UEFA Nations League Group D3 campaign with a 3-1 victory against Malta in foggy Tórshavn.

A horror mistake by Joseph Zerafa gifted the Faroe Islanders the opening goal on the 31st minute. The Valletta defender played the ball back in the direction of the lethal Arminia Bielefeld striker Jóan Símun Edmundsson who placed it inside the bottom corner of the net.

René Shaki Joensen doubled the advantage on the 38th minute.

Malta pulled one back on the 42nd minute. André Schembri sent an excellent pass towards Michael Mifsud who controlled the ball well before finishing home from close range.

The Faroe Islands scored their third goal on the 51st minute. Malta’s defenders failed to clear the ball into safety. Sølvi Vatnhamar took hold of the ball and delivered it towards Hallur Hansson, who fired a shot from inside the penalty area that gave goalkeeper Andrew Hogg no chance.

The Faroe Islands will now face Kosovo on Monday. The match will be played in Priština, the capital city of Kosovo.

In the other Group D3 match last night, Azerbaijan and Kosovo played out a dull 0-0 draw in Baku.