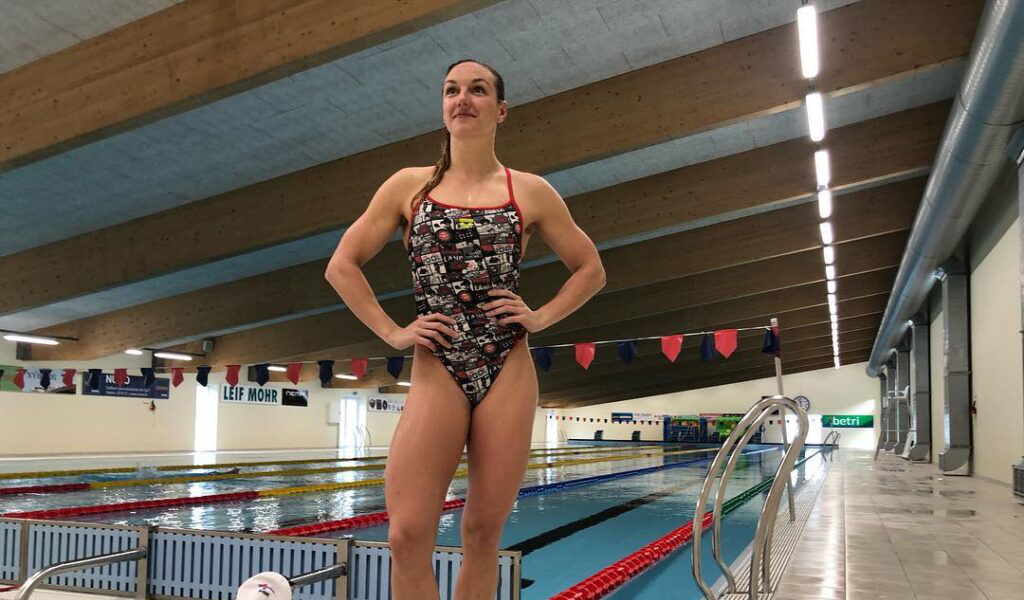 Pálshøll.com writes that 29-year-old Hungarian swimmer Katinka Hosszú, who is a three-time Olympic champion and a seven-time long-course world champion, held a training camp at the center last week.

“Every year several swimmers and swimming teams conduct training camps at Pálshøll, but Katinka Hosszú is beyond a shadow of a doubt the most famous swimming star we have ever hosted – and we are very proud of having such distinguished guests,” writes Pálshøll.com.

Pálshøll is located in the town of Vágur on Suðuroy. It is named after Pál Joensen, arguably the greatest Faroese swimmer of all time.

Previous articleFaroese Gastronomy – People of Nature
Next articleIt might as well be spring, folks! Perfect weather today for a Maundy Thursday stroll