”This is not Disneyland. Tourists, go home”, say xenophobic thugs in a message to joyous travelers 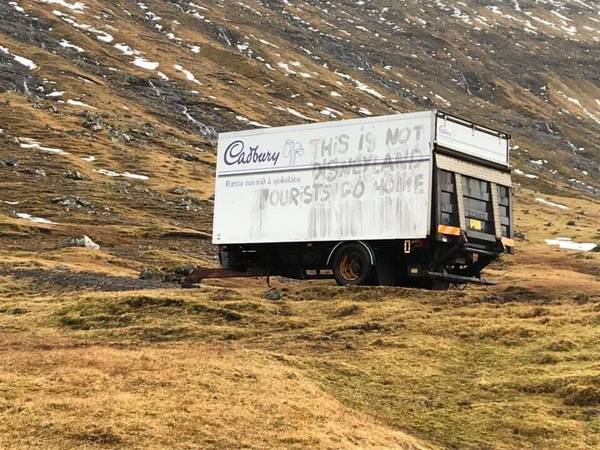