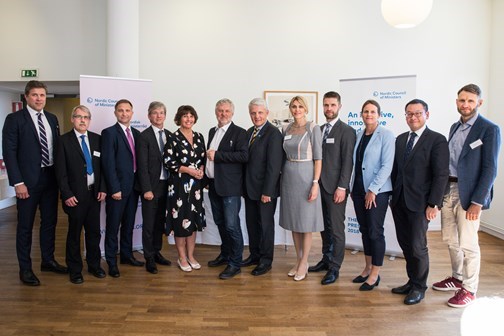 The Nordic and Baltic countries have taken one more step towards strengthening their collaboration on digitalization. Together with other Nordic countries, the Faroe Islands have signed a joint ministerial resolution regarding artificial intelligence (AI).

The resolution looks to develop and create better terms regarding AI, including better access to data and common guidelines concerning AI usage. Additionally, the infrastructure, technology and data used for AI will be based on common and shared templates.

Faroese Minister of Finance, Kristina Háfoss, is delighted an agreement has been reached.

She says: “It is of utmost importance that Faroese digital solutions can be used across country borders. It is also necessary for the Nordic and Baltic countries to continuously share knowledge and experiences, so we can find common solutions when possible. I am particularly delighted that the Faroe Islands are involved in this digitalization cooperation on equal footing to our Nordic neighbours.”