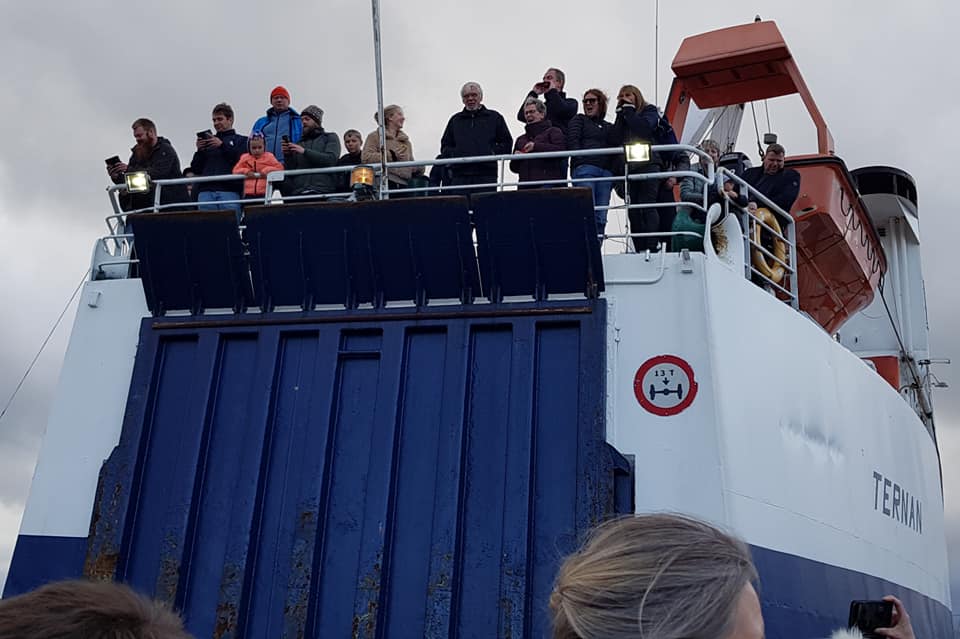 Somewhere between 200 and 300 people from the village of Nólsoy yesterday captured Ternan, the ferry that sails between Tórshavn and Nólsoy.

Jósup is the ferry that normally sails between Vágar and Mykines.

However, it is safe to say that the people of Nólsoy are not too pleased with this decision – it is not unusual that Ternan is taken out of service on route 90 -, and yesterday afternoon at 4.40pm the villagers captured Ternan as it approached Nólsoy harbor. They tied up the ferry and blocked the port entrance by a wire rope and thereby made it impossible for the captain of the ferry to return to Tórshavn.

Normally, Ternan is not tied up upon arrival in Nólsoy.

In an unusual countermove, the Ternan crew refused to lower the ramp on the car deck and, thus, the 35-40 passengers, who were onboard, were unable to leave the ferry.

The passengers were held hostage by the SSL crew for around 5 hours – until 9.30pm last night, when they were finally released.

Sources have told Local.fo that the villagers provided soup and beers to the stranded passengers.

Police officers arrived at the scene, but they were not immediately able to deal with the situation, and at one point the situation even threatened to spiral out of control as a couple of demonstrators grew agitated.

According to Faroese media, police “has written down the name of the demonstrators”.