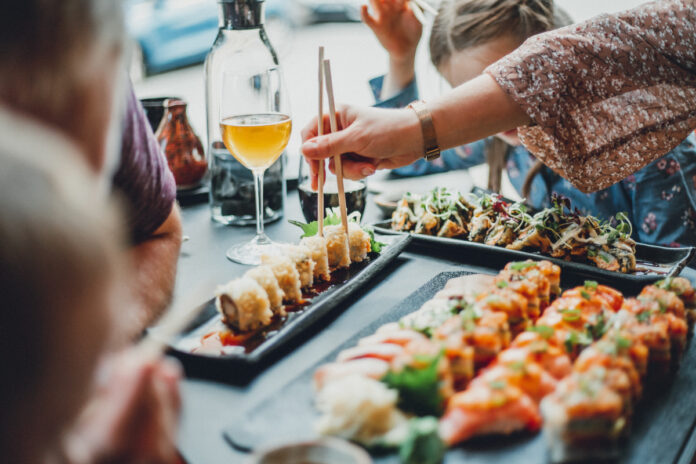 Eating sushi out is looking like a growing trend in the Faroe Islands and come late summer, the country will have three sushi restaurants.

What started in central Tórshavn, in 2009, with hospitality major Gist & Vist opening Etika — the first sushi restaurant in the Faroe Islands — has not merely survived up until now but indeed looks set to multiply.

With demand for the Japanese-style food thus rising in the Faroe Islands, Gist & Vist has announced its decision to open two additional Etika restaurants later this summer, one of them in Tórshavn and the other near Runavík on the island Eysturoy.

“Since Etika opened in 2009, Faroe Islanders have really developed a taste for good sushi,” we’re told in a press release. “The interest has only increased. We eat sushi both on regular days, at parties, at meetings, on outings and at the small but very popular restaurant on Áarvegur. To give even more people the opportunity to enjoy sushi, Etika will be opening two new restaurants.”

One of the restaurants will be located in Saltangará in the Runavík area, while the other one will be joining the existing one in Tórshavn or, more precisely, will be located near Sundsvegur, a stone’s throw away from the Nordic House and the Tórsbreyt track field.

The two new restaurants are set to open on August 2nd and 3rd, respectively.