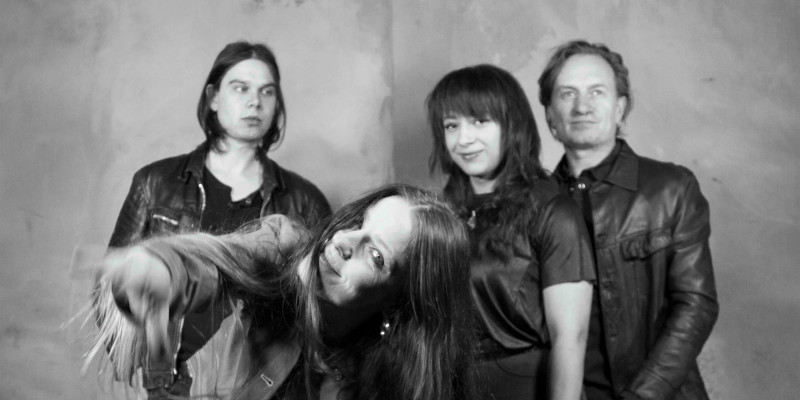 The nordic indierock band Fremmand, is releasing the single “Legendary Lover” May 1 on Tutl records. The song is made in collaboration with Peter Hayes from Black Rebel Motorcycle Club.

Fremmand has previously been touring in Germany and Denmark with BRMC, and the friendship with Peter Hayes and the rest of the band has grown stronger over the years. The friendship has now resulted in the new single “Legendary Lover”.

Pete plays guitar and sings on the track and has also co-produced the song, which is a duet with Jana Hjalgrimsdóttir, lead singer of Fremmand.

Legendary Lover is a guitar driven song with a lot of BRMC vibes. Pete has written the lyrics for the song, which he describes: “Legendary Lover is about all the things you’re ignorant about, and working through ones own misguided attempts of a fix”.

The song is mixed by producer Micheal Patterson at the Pleasuredome (Los Angeles), adding a lot of punch to the track.

Micheal has previously mixed artists such as NIN, Beck & Jay-Z.

Legendary Lover will be released both as a vinyl 7” inch single, with the Faroese track “Vón” as B- side, as well as being released digitally on all streaming platforms.

The song is a the first single from the second Fremmand album, that will be released September 4, 2020.

Previous articleReduced timetables will be extended from April 14th to April 20th
Next articleCOVID-19: No new case in over a week – 18 active cases left