New report: The Nordic region is strong and growing 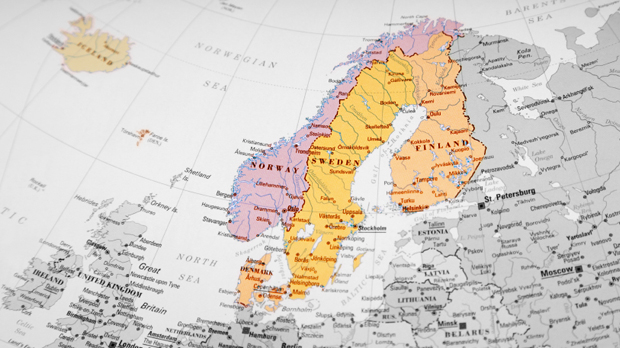 By 2030, the Nordic Region is expected to have around 29 million inhabitants, an increase of more than 10%. The Nordic economy is doing well and despite the various challenges linked to ongoing global market changes, the Nordic’s recovery rate after the economic crisis has been impressive. You can read about this and more in the latest version of State of the Nordic Region.

The Nordic population is growing and it is increasingly concentrated in urban settlements. The average age of the population is also increasing, while a growing share of people have a foreign background. All of these trends are expected to continue in the years to come.

By 2030, the Nordic Region is expected to have around 29 million inhabitants, an increase of more than 10% from the current 26 million. Over the past ten years, the population has grown quicker but also aged faster than in many other European regions. This process does not however affect all Nordic municipalities in equal measure. Growth is largely concentrated in the urban areas, while many remote and sparsely populated areas face population decline and high rates of population ageing.

Immigration accounts for a large part of the population increase. Indeed, roughly 26% of all Nordic municipalities increased their population between 2011 and 2016 only due to international migration. As such, questions relating to how the integration of newcomers can be best facilitated have gained increasing relevance and will undoubtedly remain of central concern in the years to come.

A varied, but strong economy

The Nordic countries are generally performing well above the EU average when it comes to economic development, despite the ongoing impact of the economic crisis. From a macro-regional perspective, the Nordics constitute a very coherent region. Nevertheless, large and economically significant variations remain at the regional level.

Below the national level, many of the sparsely populated or inland municipalities are falling further behind the main metropolitan areas. Despite this, the northern parts of Denmark, Finland and Sweden all rank very highly on the more broadly focused European Social Progress Index.

The Nordics also remain an attractive destination for foreign investment, accounting for 7% of Europe’s total Foreign Direct Investment (FDI) in-flows, despite constituting only a small segment of the European population (less than 4%).

Overall, the Nordic economy is doing well and despite the various challenges linked to ongoing global market changes, the Nordic’s recovery rate after the economic crisis has been impressive.

The Nordic Region has recovered strongly from the financial crisis. Sweden boasts the highest employment rate in the EU while Iceland has the highest rate in all of Europe. A high employment rate for women stand out and remains a basic feature of Nordic labour markets. Finland and Denmark have each seen their labour force diminish in absolute numbers since 2008, while Norway’s has stabilized.

The Nordic model, with its wage structures and low share of unskilled jobs, makes integration into the labour market challenging for newly arrived immigrants.  All in all, the labour market in the Nordic Region is doing well but in a continually changing economic landscape, significant challenges remain.

And the winner is …

This result reflects some of the developments mirrored in the index and in the overall report. Some Norwegian regions have dropped in the ranking as a result of the dropping oil prices others dropped mainly due to their demography with lower migration rates and older population structure since the last ranking in 2016.

At the same we see Iceland and Faroe Islands performing very strongly, whereas Denmark and Sweden have stabilized. Some Swedish regions outside of Stockholm show marked progress however, especially the Gothenburg area, just as many Norwegian regions are still performing strongly despite the overall drop.

Finland makes out the rearguard of the ranking, with the 13 lowest ranking regions all placed there, and Greenland is also struggling. Åland, on the other hand, is doing well, with almost full employment and a solid economy despite the oldest age structure of all the Nordics.

The index ranks the 74 administrative regions in the Nordic countries based on traditional standards for statistical comparisons. It measures values within demography, economy and the labour force, based on a system of points developed by Nordregio.