On December 2nd, a new wind farm at Gellingarklettur, near Tórshavn, was inaugurated. Consisting of six giant wind turbines, the Gellingarklettur wind farm reportedly has the potential to produce 100 GWh worth of electrical power on an annual basis; in theory that corresponds to one-fourth of the Faroe Islands’ total electricity generation, or enough to power every Faroese home.

In practice, however, technical issues remain a challenge when it comes to storing power generated from the notoriously uneven and unpredictable energy source that is wind.

The wind turbines tower 91.5 meters above ground level or as much as 150m with the 117-meter wingspan rotor blades included, making these the largest wind turbines in the Faroes, each one weighing a whopping 450 tonnes, excluding the 2,000-tonne foundation it’s raised on. 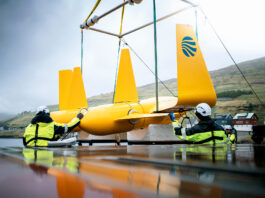 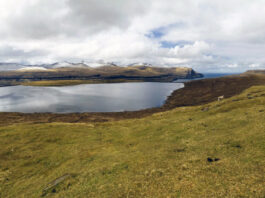 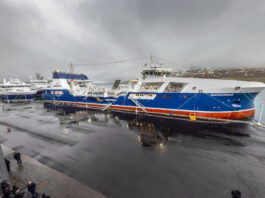