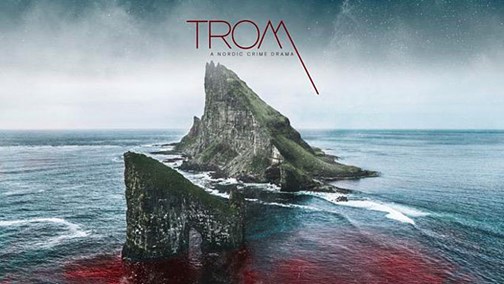 A new Faroese TV series called ‘Trom’ was selected as one of 10 series to be screened at Berlinale, one of the world’s largest and most important film festivals, in February. Investors had the opportunity to view the series as part of the international collaboration CoPro Series, which focuses on promoting new TV series.

‘Trom’, which falls into the crime genre, revolves around the character of Hannis Martinsson, a journalist who discovers the body of an animal activist during a Faroese whale slaughter. The story shocks the remote island community that suddenly becomes a place where anyone can be suspected of murder.

‘Trom’ is created and written by Faroe Islander Torfinnur Jákupsson and is inspired by books by Faroese author Jógvan Isaksen about investigative journalist Hannis Martinsson. The series’ first season is eight episodes. Each episode lasts between 45 and 55 minutes.

Production on ‘Trom’ will start in 2020 and it will be aired on Faroese National TV.