“It’s never a nice experience to put a knife into an animal and kill it,” claims Faroese whaler 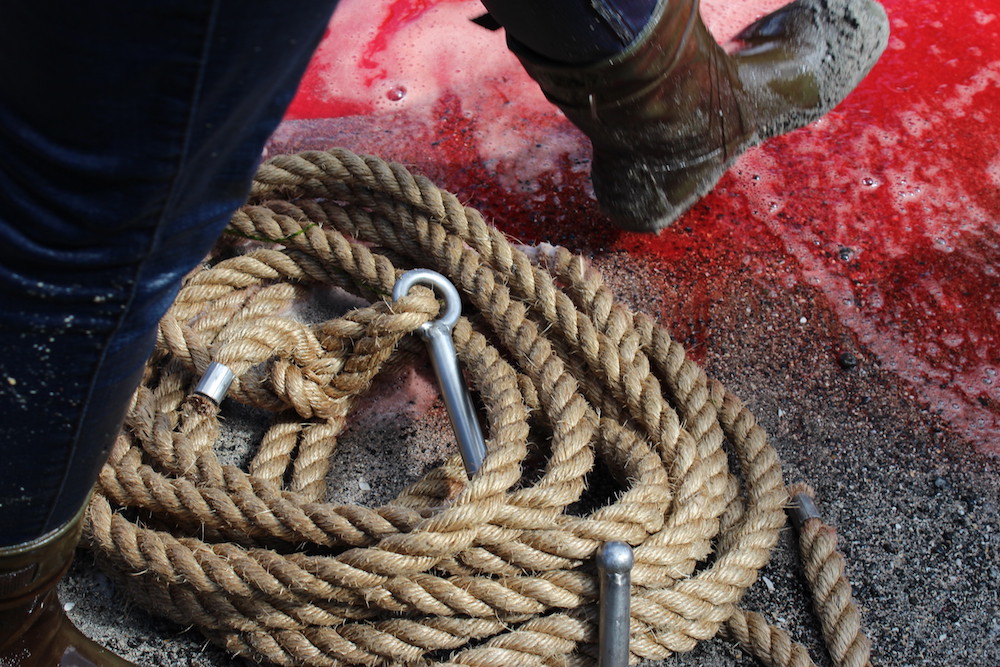 Amongst the large crowd who had gathered to witness the grind in the village of Sandavágur last Monday were two anonymous Sea Shepherd volunteer activists who filmed the grind.

One of them was allegedly shocked to see “how much the local spectators – lots of children and families – were enjoying the killings”.

“Families and people who had come to watch were sitting on the rocks by the beach, while the hunters were gathered on the sand. I got my phone out and started to livestream it, before going down to the sand. I could see the waves starting to turn red,” the activist told Observers.France 24.com, adding:

“When I got on to the beach, everything was red. The water was thick, not like water anymore. It was covered in scum. Waves of blood were washing over my legs. As soon as a whale was beached, people would yell and run towards it to hook it. There were lots of children and families there. They were all having fun, like they were at a football match. It shocked me how much they were enjoying it. I saw children with blood spatters on their lips.”

Silas Olofson, a local who has participated in the whale killings himself, has however a different outlook on the killings.

“They used to be killed with knives or harpoons, but now it has been changed to be as humane and as fast as possible. Now we use a special hook that has a round end that you put into the blowhole, and you use that to pull it up when it has almost beached itself. You have a special blade on a long stick that you put into the whale about a hands-width behind the blowhole, and you cut the spinal cord, which kills it instantly. It takes seconds.

It looks more dramatic than it really is. There is no difference to slaughtering sheep or cattle: the only difference is that you are on a beach, not in a slaughterhouse,” Olofson said.

He concluded: “It’s not a sport. It’s not exactly pleasant to be a part of. Would you slaughter sheep for fun? But of course, you’re happy when it’s done, and you can chop off the nice whale beef and make a nice dinner, and you may have 20 kilos of meat in your freezer so you have food for the winter. But it’s never a nice experience to put a knife into an animal and kill it.”

135 pilot whales were slaughtered in Sandavágur on Monday.