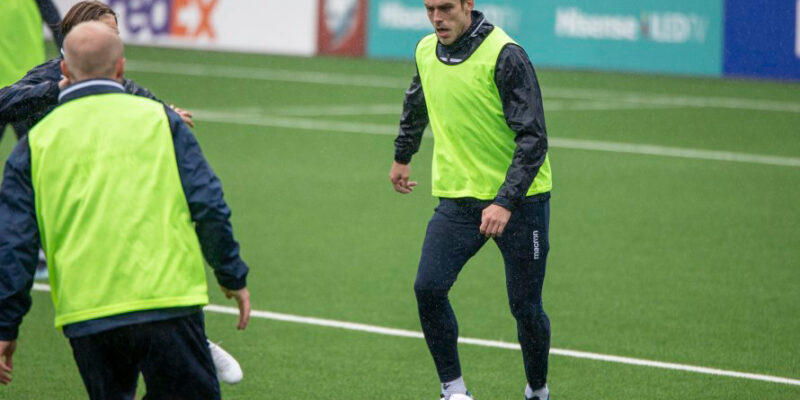 After Saturday’s heroic yet heartbreaking late 1-0 defeat against Denmark (sorry I could not do a match report, sadly I was ill), a new lease of optimism has emerged in the Faroes. This is further intensified by yesterdays incredible Under-21s 1-1 draw with France.

The last of the week triple header sees the nation up against the only nation ranked below them in the FIFA rankings in the group (currently 175th, the Faroe Islands are 114 for context) — Moldova, and the most realistic chance of winning a qualifying campaign match. Moldova still possesses some quality players, such as Oleg Reabciuk and Artur Ioniță, so the Faroes players will need to be at the top of their game.

In Moldova, the match ended 1-1, and the Faroes will hope to go one step further and get that all-important win.

However, the recent injuries of the talismanic duo Sonni Nattestad and Brandur Hendriksson Olsen put them in huge doubt for the match. To lose the nation’s best center-back and most creative midfielder all at once is a hammer blow as they are an indispensable part of the team. But the show still must go on!

If the boys put in the same level of dedication, determination and performance as against Denmark, then a victory would certainly be within reach; but with such significant first-team players missing, the boys have their work cut out, and the replacements will surely need to step up.

And like the Denmark match, the fans will have a vital role to play in getting behind the players and being that crucial twelfth man to help push the nation to an all-important victory.