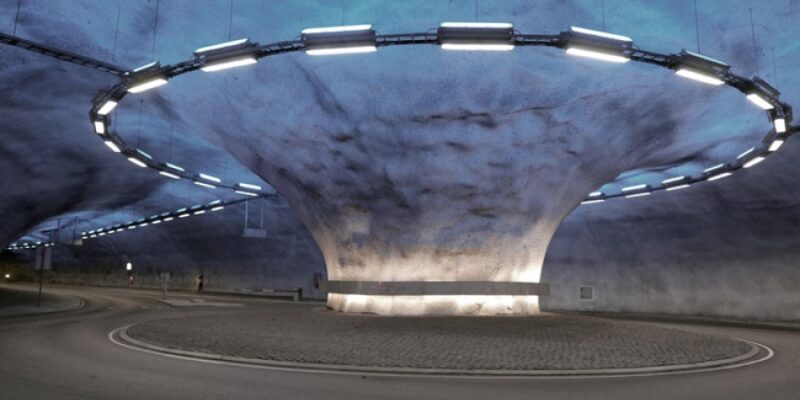 The breakthrough of the 10.5m-wide tunnel came as planned, 27 months after NCC began the tunnel construction work in January 2017, writes theconstructionindex.co.uk.

At its deepest, the tunnel is 189m below the seabed and it boasts the Atlantic Ocean’s first and only sub-sea roundabout. The contract has a value of NOK1.4bn (£128m).

“The tunnel required considerably more injection than was typical for the other tunnels on the Faroe Islands – 7,500 tonnes of injection grout, to be precise,” said project manager Alf Helge Tollefsen from NCC Infrastructure, according to theconstructionindex.co.uk. “The teams have done an excellent job. NCC has also had to battle with a zone of extremely poor rock quality.”