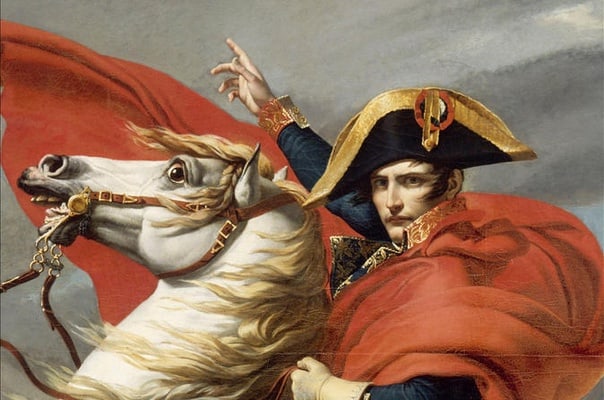 Napoleon has been a common given name in the Faroe Islands since the 1800s. This is the story about why Faroese parents for generations have named their baby sons after the legendary French statesman from the Mediterranean island of Corsica.

“Greatness is nothing unless it be lasting.” Perhaps it was this particular quote by Napoleon Bonaparte that inspired Faroese national hero, Nólsoyar Páll, to name his son after the French emperor in the early 19th century. That was the plan, at least.

Nólsoyar Páll (1766-1808), a seaman, trader and poet, was extremely fond of Napoleon, who at the time was leading the French army to victories across Europe in the post-French Revolution era. Nólsoyar Páll was determined to name his son after the much-admired Frenchman. His second child turned out to be a girl (his first child was also a girl), but that did not deter Nólsoyar Páll. He asked to name his daughter Napolonia, but the priest disapproved. Instead, she was named Apolonia after the Greek god Apollo.

Nólsoyar Páll
Although he only lived until his early 40s Poul Poulsen Nolsøe, known as Nólsoyar Páll, managed to achieve much. One of his most impressive achievements was his attempt to develop direct trade between the Faroe islands and the rest of Europe. To develop this trade, he bought and rebuilt a wrecked schooner. The ship was named Royndin Fríða (The Free Enterprise), and was the first seagoing ship built in the Faroe Islands and the first Faroese-owned vessel since the early Middle Ages.

Nólsoyar Páll also introduced vaccination to the islands, served in both the British and French navy, captained a US merchant vessel and sailed on pirate ships in China. The training he gave to Faroese in ocean sailing began the development of deep-sea fishing, which later brought the islands much prosperity. His innovations in shipbuilding were rapidly adopted and he also designed an improved spinning wheel. In addition, he was a talented poet known for satirical ballads.

Nólsoyar Páll disappeared on a sea voyage from England to the Faroe Islands in the winter of 1808/09. On his last voyage Nólsoyar Páll was bringing a shipload of grain to the Faroe Islands, where there was famine because of a English blockade of Denmark. It is believed that he and his crew were lost at sea in a heavy storm raging in the North Atlantic that winter.

As with Napoleon, Nólsoyar Páll’s legacy has certainly lasted the test of time.