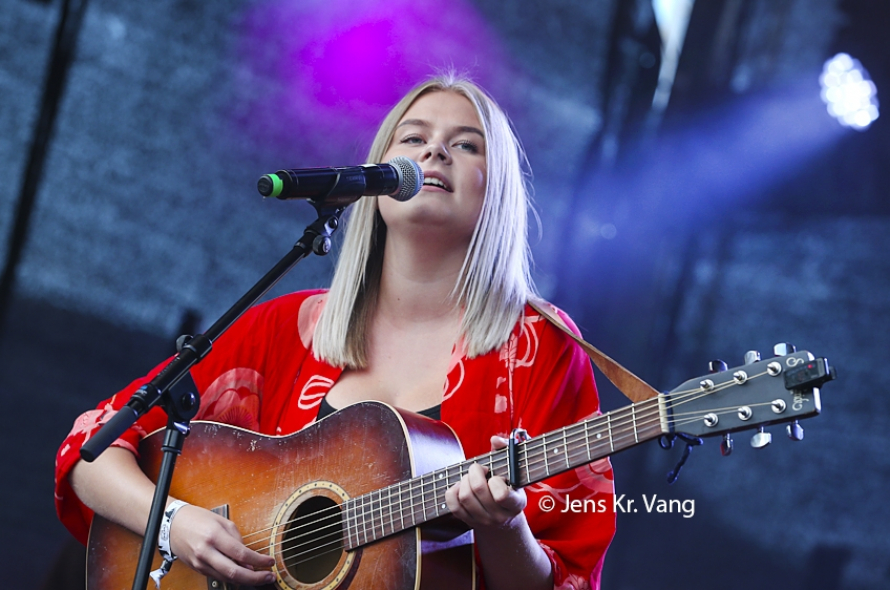 Elinborg Pálsdóttir, the 24-year old singer-songwriter from Gøta is currently working on a new album, out of which one of her songs has recently been selected for the well-known Netflix series “Ragnarok”.

In the second season of the Norwegian series based on Norse mythology, which premiered on May 27th, Elinborg’s song “Brimið” can be heard.

This is not the first time Elinborg’s music has been featured on Norwegian TV. Earlier this year, her music was featured in a commercial for the Norwegian weather service YR.no.

“This was arranged in collaboration with Mahogni Music Publishing, which is working on creating similar opportunities for artists,” Elinborg said.

“I’m extremely happy, excited and grateful for the opportunity. It seems almost unreal that my music is now living its own life on Netflix”.

Mahogni Music Publishing was founded by drummer and music artist Hogni, and became the first dedicated music publishing company in the Faroe Islands.