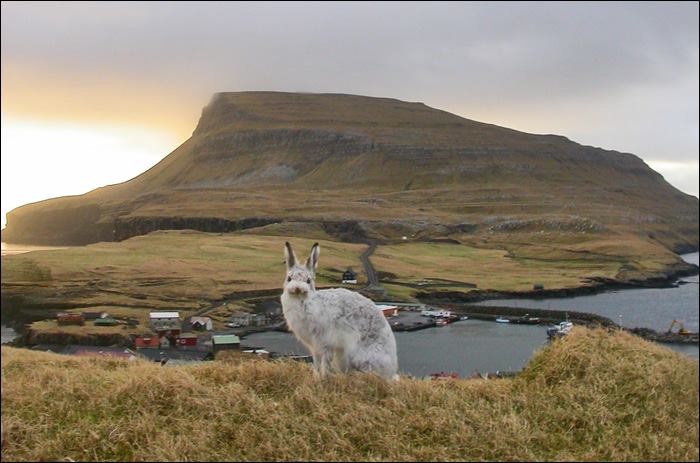 The annual hare hunting season, which lasts from 2 November until the end of December, is well underway, much to the delight of Faroese hare hunters.

However, mountain hikers will not be as delighted as hiking in Faroese mountains is banned during the hare hunting season.

The primary reason for the ban?

Visit Tórshavn and Hiking.fo owner Pól Sundskarð, who have introduced the aforementioned ban, state that there is absolutely no hiking permitted in the outfield during this period, adding that there is a risk of getting seriously harmed, writes Kringvarp Føroya.

Meanwhile, Visit Faroe Islands has announced that it is not going to ban hiking in Faroese mountains. However, the organization advises people not to hike during this season.

“In any case, please contact the landowner if you wish to go hiking,” the organization states on Facebook.

The hare-hunting season runs annually from 2 Nov to 31 December. Most people choose to hunt hares on Saturdays, but it is their right to hunt all days except Sundays. Hunting takes places in the mountains all across the country, writes Visit Faroe Islands on Facebook.

As for the Faroe Islands mountain hare, Lepus timidus, it was first introduced for hunting in 1855 from Norway. They did well and multiplied rapidly as birds of prey were their only enemy. Nine years later, thousands of hares were reported roaming around in the wild, writes Sciencenordic.com.

Today, they populate 15 of the 18 islands that make up the Faroes.

From the hunting statistics gathered so far the total Faroese hare population is currently estimated to be somewhere between 15,000 and 20,000 hares.

The same mountain hares are also found in Scotland, Ireland, Scandinavia, Finland, in the northern part of Russia and in Siberia. A small hare population is also found in the Alps and on the Japanese island of Hokkaido.