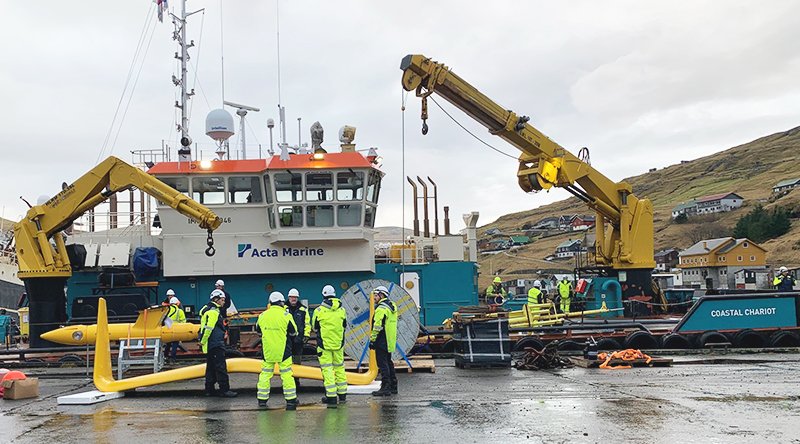 “We are pleased to be back in action in the Faroes and look forward to push forward providing tidal energy to the Faroese electric grid from the site in Vestmannasund,” said Dr. Martin Edlund, CEO of Minesto. “Scaling up and commercializing the technology is the obvious business focus for Minesto. We are making good progress in realizing a proposed 10MW site together with our partner SEV in the Faroe Islands. This work includes important local collaboration to secure long-term cost-effective operating resources.”

In parallel, Minesto is working with international classification society DNV for third party verification of the power production performance of Minesto’s technology according to international standards. The first phase of this collaboration has been completed, according to Dr. Edlund.

“Third party validation of the DG100 system’s electricity production performance is an enabler in strengthening commercial relations and attraction of project funding,” the CEO said.

“Successful verification of the DG100 product configuration during the end of 2020, with regards to both functionality and performance, has during the last months enabled design freeze and manufacturing planning for scale-up of a 1.2MW power plant,” Minesto stated in a news release. “This design constitutes the basis for the two tidal energy farms in development in the Faroe Islands and Wales.”

Dr. Edlund noted: “With a strengthened and more experienced organization we are confident that the focus on developing utility scale projects in parallel with the key operations in Vestmannasund will give us the results we need to successfully commercialize our unique product.”

Minesto, the European Union’s largest investment in marine energy to date, has been awarded more than 40 million EUR in funding from the European Regional Development Fund through the Welsh European Funding Office, European Innovation Council and InnoEnergy.

For the implementation of the Vestmannasund project — also known as the DGIM2 project — and the development of the DG100 marine energy converter, Minesto has been granted public funding amounting to a total of around 3.5 million EUR through the EU’s EIC Accelerator and the Swedish Energy Agency.

The leading marine energy technology company’s stated mission is “to minimize the global carbon footprint of the energy industry by enabling commercial power production from the ocean.”