‘Merkið’, the national flag of the Faroe Islands, turns 100 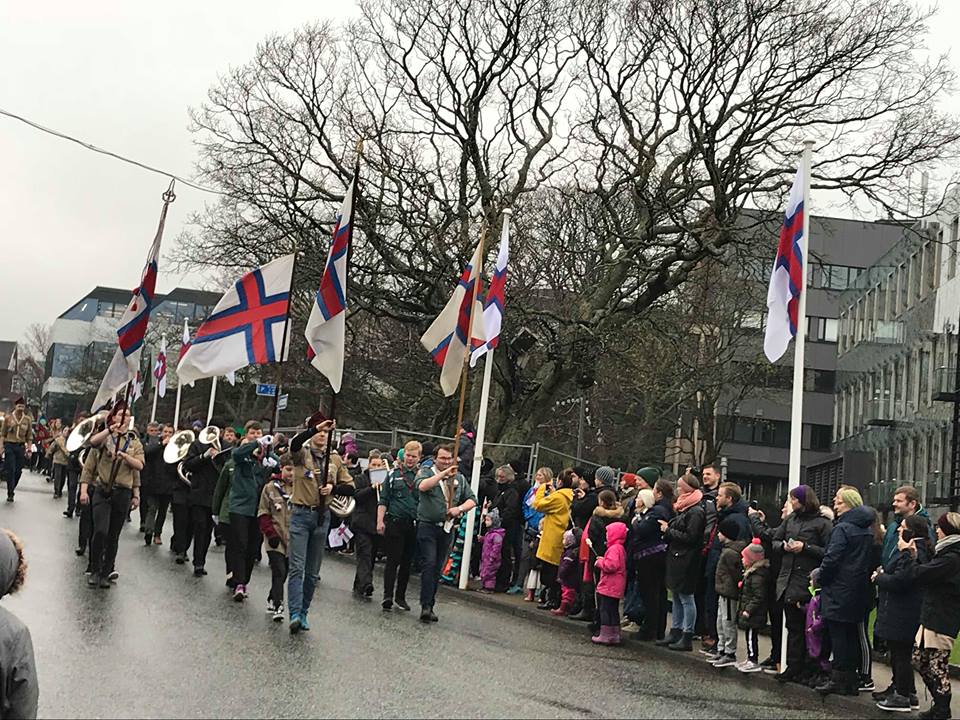 Today Faroe Islands celebrate the recognition of their flag, ‘Merkið’.

Merkið was hoisted for the first time in 1919 – in the village of Famjin on Suðuroy -, but it was not recognized until 1940.

It was on April 25th 1940 that the British government, whom happened to have a military occupation in the Islands during the Second World War, recognized the Faroese flag.

Dannebrog, i.e. the Danish flag, was the official flag in the Faroes before the war, but during the British occupation, Great Britain demanded a change, since Denmark was occupied by Germany.

The Faroese flag is an offset cross, representing Christianity. It is similar in design to other Nordic flags.

The Faroese flag is called ‘Merkið’, which means “the banner” or “the mark”. It was devised by Jens Oliver Lisberg and others while they were studying in Copenhagen.

The original flag is displayed in the church of Fámjin on Suðuroy.

This afternoon, hundreds of Faroe Islanders and tourists from different parts of the world gathered together in Downtown Tórshavn (at the ‘Vaglið Square’ outside the Parliament), where there was a march directed by Tórshavn Orchestra (Havnar Hornorkestur), and the members of the Boy and Girl Scouts.

Erika Anna Hayfield, a lecturer at the University of the Faroe Islands, gave a speech for the occasion.