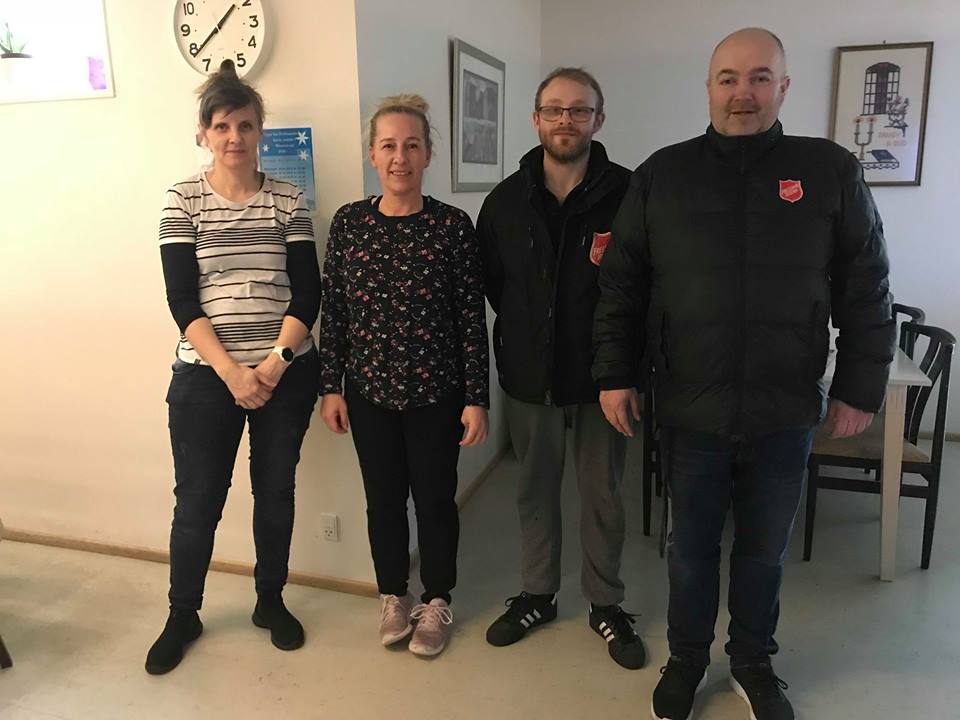 ‘The Christian Mission … is a Volunteer Army.’

When William and Catherine Booth began the work in London that would grow to become The Salvation Army, few would have predicted their legacy: an organization, part of the Christian Church, now working in more than 130 countries and with a history spanning more than 150 years.

Amongst those 130 countries are the Faroe Islands.

The Faroese Salvation Army is generally well liked by most Faroe Islanders as it, amongst other things, offers a temporary shelter for homeless people.

Martin Kúrberg is the leader of the homeless shelter in Tórshavn, the capital of the Faroe Islands.

21 years ago, Kúrberg was an alcoholic and drug addict. One day, almost out of the blue, he decided to take a step back and join the other side of the table, so to speak.

“I wanted to help people who were going through the same as I,” Kúrberg explains.

The first step Mr. Kúrberg decided to take was to join the Blue Cross as a counselor. There, he shared his experience and listened vigorously to fellow addicts-gone cold turkey. He eventually got the offer to become the leader of the Salvation Army homeless shelter – a position he gladly accepted.

At the moment Kúrberg is also the leader of a Tórshavn-based shelter called “Frælsi”, i.e. “Freedom” in English.

This shelter emphasizes helping people who are between 18 and 24 years of age. According to Kúrberg, this is a very critical period in your life.

“This is when you are most susceptible to choosing a wrong path – a path that might lead to a journey of addiction,” says Kúrberg.

Kúrberg’s ambition is to warn young people about the negative effects of alcohol addiction and drug abuse.

On an annual basis, the Salvation Army in the Faroe Islands receives DKK 1.465.000 in subsidies from the Faroese government, DKK 470.000 from the Municipality of Tórshavn and DKK 2.5 million from the Norwegian Salvation Army.

Kúrberg states that he does not like to receive so much help from from the main organization in Norway.

“The homeless people should be among the highest priorities of the Faroese government, as well as the Faroese society as a whole. It is necessary to look at them and accept them for who they are; not as a problem, but as human beings,” argues Kúrberg.

The homeless shelter in Tórshavn has two schedules.

“Anyone is welcome from 9 p.m. until 10 a.m. If you are homeless, you can get a bed, get your clothes cleaned, enjoy a warm meal and have a shower. Then, from 9 a.m. until 9 p.m., the doors are open. There is a special room where people can hang out, have breakfast and socialize. A majority of the visitors do not necessarily have addiction problems. Most of them are simply lonely and need someone to talk to.”

The shelter has 8 staff members who work with food and meal preparations, laundry service, cleaning, as well as other activities.

“After so many addiction fuelled years, I know the overwhelming importance of always having a warm meal and that’s the reason why we are constantly trying to provide the best meals possible,” states Kúrberg before conclusively advising people to “think about the stories of the homeless people.”

“You must not judge them for the way they look, because there is always a story behind every person,” he says.