Meet Maigun, the Wanderlust Woman who takes Faroe Islanders to the ‘Holy Land’ 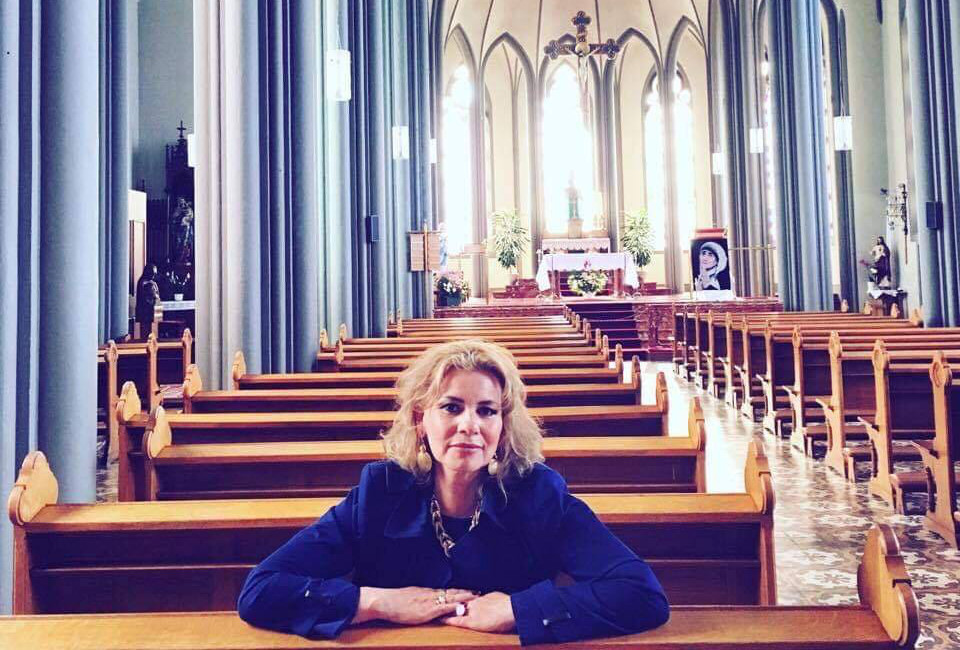 Blessed are the curious for they shall have adventures.

Albeit living in the Faroe Islands – or the “Land of Maybe”, as some of the islanders prefer to call it – is already an adventure in itself, Faroe Islanders are extremely curious and like to explore the world to see its wonders – and of course get as much sunlight as possible.

In the adorable little village of Syðragøta on Eysturoy, there is a woman on wanderlust, who fits this aforementioned description perfectly.

Her name is Maigun Solmunde, a tour leader who holds a bachelor‘s degree in Tourism.

“I have always been curious about what lays behind the horizon, and that was the reason why I chose to work in tourism,” says Maigun.

Maigun has worked and lived in a couple of countries over the years. At the age of 18, she went to London, where she stayed for two years. Her first job in tourism was right in the heart of London, where she worked at a travel agency, selling airline tickets and cruises for a Cypriot agent.

She then went all in for Israel…and from there she never looked back.

The first time Maigun traveled to Israel was back in 1992. She soon fell in love with the country, the culture and its people, and after spending some time in Iceland in connection with her studies, she started working for the Israeli Government Tourist Office in Stockholm.

In 2008, she eventually moved to Jerusalem. “One of the most of the exciting jobs abroad was setting up tours in connection with the Festival of Tabernacles,” Maigun says.

When Maigun returned to the Faroes, she began working for Lofti Tours, arranging regular tours to Israel. The first tours were traditional tours, with locally-famous evangelist Mr. Svenning á Lofti as the tour leader.

In 2012, Maigun took the first women‘s group to Israel. Lately, Lofti Tours has expanded its trips to Israel. The company now does Easter/Passover tours, women’s tours, marathon tours, tours to the Festival of Tabernacles as well as Christmas Tours.

The inspiration in order to do these tours comes, perhaps not surprisingly, from the Christian background almost every person in the Faroe Islands has.

“I love my job, and I love taking Faroese people to the ‘Holy Land‘ and showing them around there, feeding their curiosity. It gives me much pleasure. I live my passion, and I will continue to so do as long as God allows me to,” states the ever curious Maigun.

Previous article
Family Day 2019 – a simple gesture to the city and the families in it
Next article
Europa League: KÍ Klaksvík complete 9-1 route of S.P. Tre Fiori