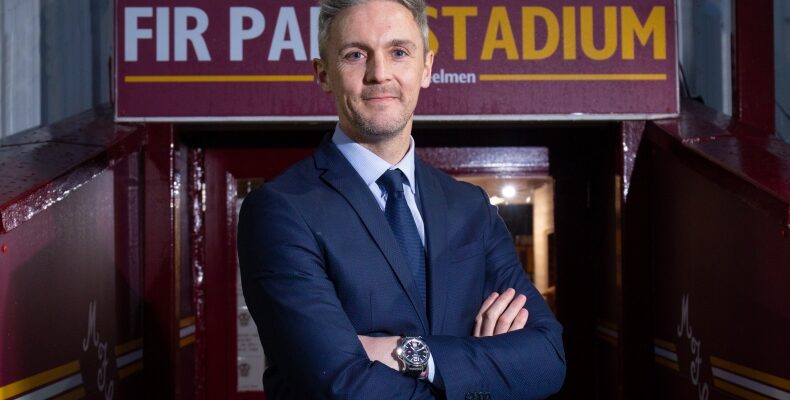 Former TB/FCS/Royn & Víkingur Gøta coach Maurice Ross has been appointed as the new head of 18s to 21s at Motherwell Football Club.

Motherwell announced today that “the former ‘Well player has been appointed after a thorough search and interview process, during which he was identified as the outstanding candidate to help shape the emerging talents at the club.”

Ross coached Betri Divison side TB/FCS/Royn in 2017. He did reasonably well at the club and led the side to an eight-place finish in the Faroese Premier Division.

In 2018, Ross took over at reigning Faroese champions Víkingur Gøta. He endured a turbulent spell at the club and was axed less than seven months later after a tough start to the season.

In an interview with Kvf.fo, Ross claimed that he had a difficult relationship with Víkingur‘s chairman, Brandur Jacobsen. According to Ross, he got a bad feeling about his relationship with Mr. Jacobsen already after the second game of the season against HB Tórshavn.

”I had a feeling that there was a disconnect between me and the chairman, unfortunately for me. I had this view and he had his view which is football, I guess. Do I agree with it? No, I do not. But he is the boss”, said Ross at the time.

In his younger days, Ross played for eleven different clubs: Rangers, Sheffield Wednesday, Wolverhampton Wanderers, Millwall, Viking, Kocaelispor, Aberdeen, Beijing Guoan, Motherwell, Livingston and FK Vidar. In his time with Rangers he won all the domestic honours in Scotland. He played predominantly at right back and was capped by the Scotland national team 13 times.