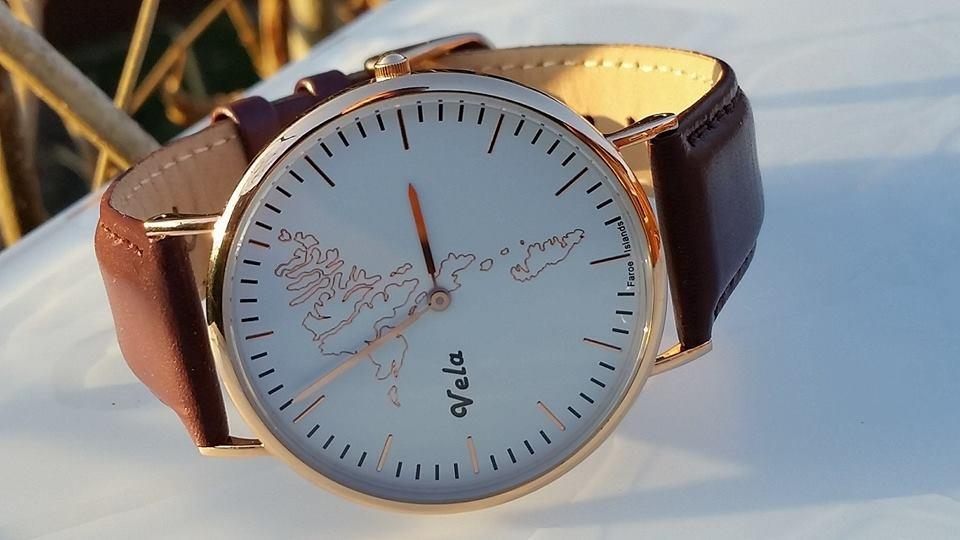 Faroese Dávur Allan Nielsen sailed the seas for many years as the chief office of the Seven Seas, but one and a half years ago, he was struck by the inspiration to create a watch collection inspired by his life at sea. Things took off. The most recent addition to the collection is watches with country maps on their faces.

Watch design is an interesting thing. How many times can you really change the design on the face of a watch? A fair amount of times – and it can be a major advantage if the designer wasn’t trained in the watch industry, as this opens the door for new ideas.

Such is the case of Dávur Allan Nielsen, who was born in the Faroe Islands, but now lives in Denmark, acting as chief officer on a Danish tug. After two decades at sea and a shipmaster education, suffice to say that he has done a bit of everything at sea.

– I’ve been working in the maritime industry since I was 16 or 17 years old. I’ve gone fishing on a Faroese trawler in the Barents Sea, spent a few years on fishing ships from Ålesund, and worked in the offshore industry for the past 12 years, says Dávur Allan Nielsen during an interview with Local.fo.

Designed watches on his night shift
One day Dávur simply decided to set a new course for his life, embarking on a mission of designing and manufacturing watches inspired by his life at sea.

– It was a bit random. One night two years ago, I was working the night shift, and I was sitting there, drawing a compass that just ended up becoming a watch. All of a sudden, I had the idea to have the watch manufactured and get it in circulation, says Dávur Allan Nielsen.

As it was written, so it was done. He carried out some market research and found out that there was plenty of demand for his product – but he would have to find a way to stand out from the crowd.

For that reason, the first collection of watches were inspired by the life at sea with which he was familiar. The brand came to be known as Vela, which is Latin for ‘to sail’ and the first watches were given the names Compass, Loading Line and Engine Telegraph.

Country maps on the watch faces
The marine watches became an instant hit and are now sold by retailers and the web shop internationally. The collection of watches has been expanded recently, with watches that have country maps on their faces. It is now possible to purchase watches with every map from Denmark and the Faroe Islands to Russia, Japan, and the United States.

The success he has experienced with the watches means that Dávur has less time to spend sailing.

– I don’t sail much anymore, but once in a while, I go out for two weeks at a time. I’m in the process of designing new watches at the moment, including a new compass watch, because I think there are a lot of possible improvements from the initial model, says Dávur Allan Nielsen.