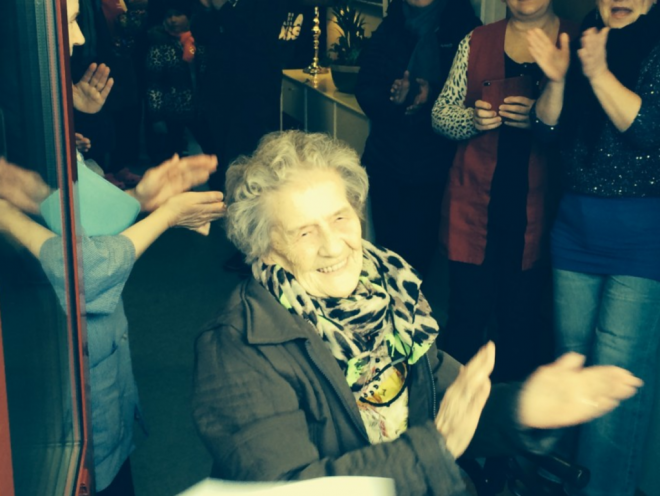 To celebrate her birthday, Jóhannus Danielsen, the mayor of Nes Kommuna, came by to the houseshare where she lives to give her his greetings.

Mayor Danielsen and Malla had a good conversation, and Malla, who is a very good raconteur, was in high spirits and told him about her long life, writes Nes.fo.

Yesterday, Malla also participated in the KVF-radio broadcast ”Við Tórði á túri” (Ride along with Tórður), which is hosted by the popular Tórður Mikkelsen – an iconic figure in Faroese radio and television broadcasting.

During the broadcast, Tórður also spoke to two other people from the island of Eysturoy who have passed 100 years: 101-year-old Alfred Haraldsen from Elduvík and 100-year-old Hans Jacob Jacobsen from Skálafjørður.