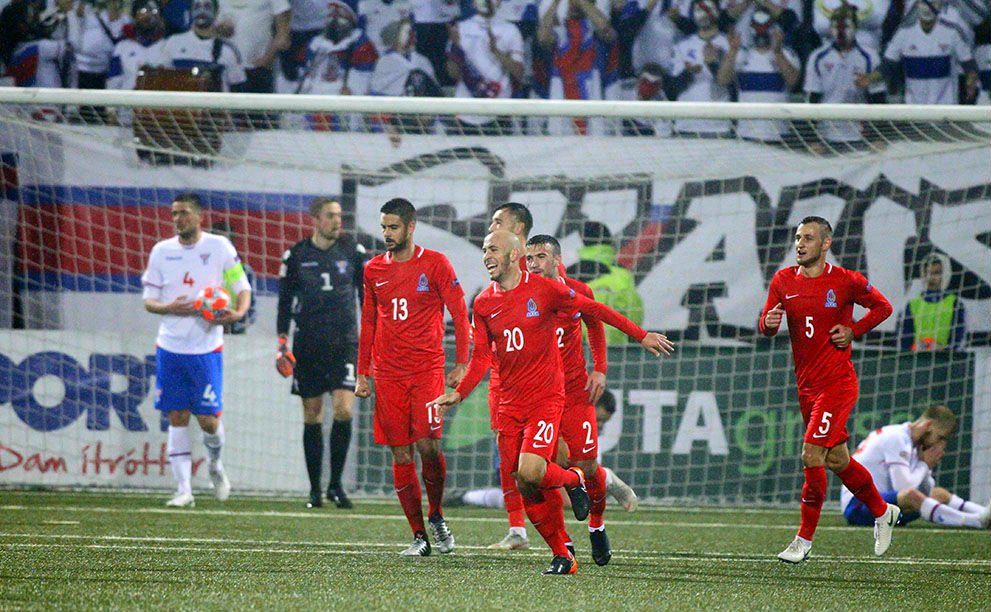 Going into the Faroe Islands’ match against Azerbaijan, I really felt there was a good possibility to leave Baku with a positive result.

But after seeing the stat sheet, this match clearly showed that there is room for improvement.

Azerbaijan dominated in a 2-0 victory on 17 November. Yet the alarming statistic was that the Faroes did not have a single shot on target the entire match.

It comes as no surprise that Azerbaijan can be tough to beat in Baku, but it is safe to say that the Faroese supporters expected a better performance.

The fact of the matter is that it is easy to be upset and frustrated about the result. But the truth is that more work needs to be done by Danish manager Lars Olsen.

Before getting to the obvious, it is also helpful to point out that striker Joan Simun Edmundsson was not on the 23-man roster in Baku.

In this inaugural edition of UEFA Nations League, we have seen the Faroes play well at home in a 3-1 win over Malta and a 1-1 draw against Kosovo.

The 3-0 loss at home to Azerbaijan was frustrating because the Faroes had opportunities to score.

But when examining the results away from home, it is important to realize that it will take more time to see significant improvement.

The Faroe Islands will conclude Nations League with a road fixture against Malta on 20 November.

Many of the football experts are favoring the Faroe Islands to win and it makes sense considering Malta is coming off a disaster 5-0 loss at home to Kosovo.

But back in September, Malta was able to hold Azerbaijan to a 1-1 draw at home.

Malta is not a team that will send shivers down your spine, but this is another match that will test the skill and confidence of the Faroe Islands.